LeBron James, Michael Bloomberg-backed initiative paid off fines of 40,000 felons so they can vote

About 68 percent are registered Democrats 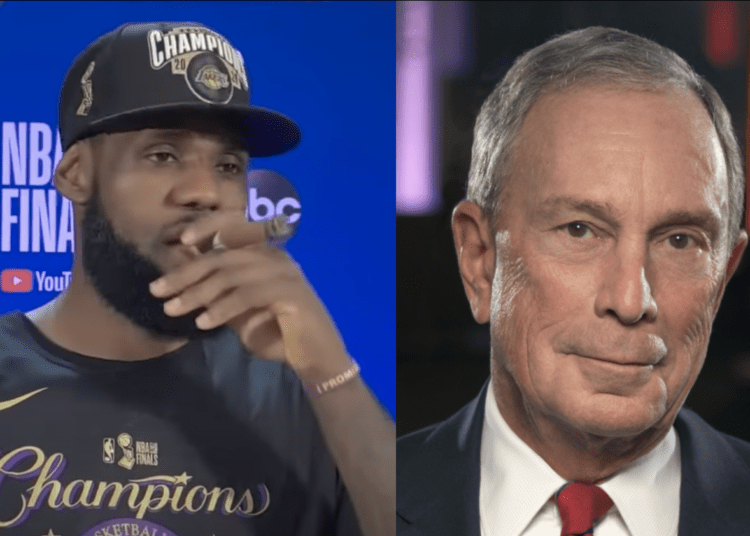 LeBron James and Michael Bloomberg helped about 40,000 felons payoff fines so they would be eligible to vote in Florida. (YouTube/Wikipedia Commons)

FLORIDA — An effort driven by celebrities such as former New York City Mayor Michael Bloomberg and NBA star LeBron James paid off court fines for tens of thousands of felons in Florida ahead of election day.

An analysis by the Tampa Bay Times/Miami Herald and ProPublica found that the effort may have paid off the fines of about 40,000 felons, assuming those felons do not also have other unpaid fees that would bar them from voting.

It is unclear how large an impact it may have on the election in Florida, a key swing state, but the effort is believed to advantage Democrats.

The newly eligible voters in the four counties likely skew toward the Democratic presidential candidate, former Vice President Joe Biden. In those counties, at least 80 percent of felons whose fines and fees were paid are nonwhite — including 74 percent who are Black. About 68 percent are registered Democrats, the review found.

Celebrities and donors have spent about $27 million paying off felons debts to the court and society to relieve them of all their financial obligations so they can register to vote, Daily Wire reported. Whether the felons actually follow through and vote is up to them.

A ballot initiative gave felons in Florida the right to vote as long as they have paid off all their outstanding fines and fees. The financial hurdle and a subsequent campaign to pay off the debts of felons who would otherwise have been allowed to cast ballots attracted the attention of celebrity activists and wealthy Democratic donors such as James and Bloomberg.

In July, James, a player on the Los Angeles Lakers, dumped $100,000 into the Florida Rights Restoration Coalition, the group that has been paying off the fines of Florida felons, through his own voting rights campaign More Than A Vote, Law Officer reported. James’ group is comprised of fellow black athletes and focuses on turning out black Americans to vote.

“This is a fight about their constitutional right to vote being denied,” James tweeted at the time about the push to register Florida felons to vote.

In September, Florida Attorney General Ashley Moody called for further investigation into whether Bloomberg violated a state statute when he reportedly raised $16 million to help felons vote in the upcoming presidential election, Law Officer reported at the time.

The Florida Department of State, Division of Elections said in a statement:

Even other innocuous offering of an incentive simply to vote could run afoul of section 104.045 or section 104.061, or both, depending upon the circumstances involved. That is, incentives could be offered to a voter in a way that would be designed to directly or indirectly cause the voter or a larger group of voters to vote in a particular manner. In such a case, the person giving the incentive could be guilty of violating section 104.061, Florida Statutes, which makes it illegal to “directly or indirectly give or promise anything of value to another in casting his or her vote.”

It is unclear if the inquiry has progressed.