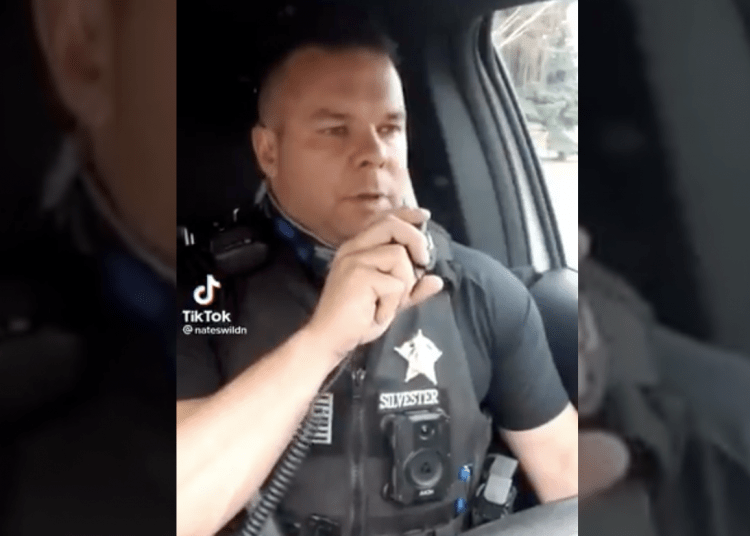 Burns referred to the violation of “several” city and state policies on policing during the week of May 20. The mayor said Silvester’s termination had nothing to do with his online posts and he did not specify the exact reasoning for the termination.

Speaking with Sean Hannity Thursday night, Silvester said that he is “the latest target of cancel culture, Sean. That’s all it is….None of my other videos that depicted me in my uniform or involving body camera footage, none of those mattered. They didn’t care about those. It wasn’t until my LeBron James TikTok struck a political nerve that they started to pay attention and complain about it and came up with forms of discipline.”

Silvester’s video about James came after the NBA star criticized a Columbus (Ohio) officer after he saved the life of a black woman that was about to get stabbed by another black woman. Silvester pretended to talk on the phone with NBA star LeBron James as a fictional stabbing took place outside his police vehicle. The video received millions of views, but led to the Bellevue Marshal’s Office eventually fired Silvester, he said.

Hannity encouraged Silvester to “sue their a–es off.” Silvester said that he planned to speak to his attorney and he had several offers for employment from other agencies.