Violent crime should embarrass the city leader, yet she rarely fails to harness police, which facilitates criminal conduct 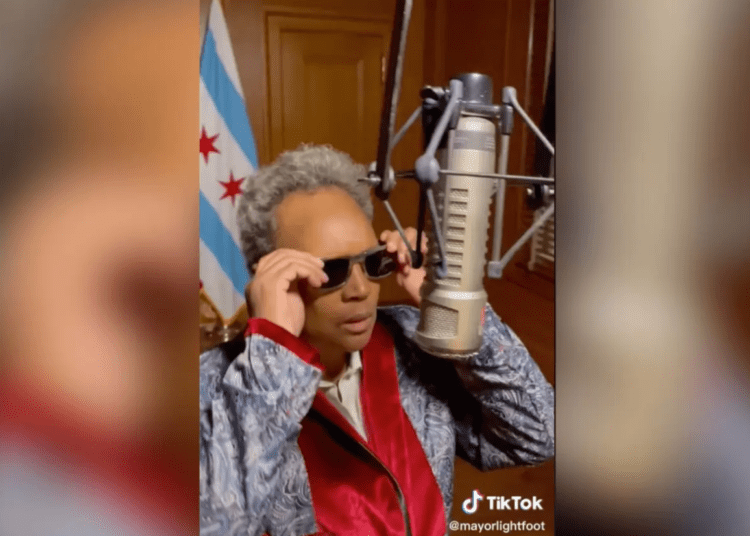 CHICAGO – As violent crime has spiked in urban America over the past few years, many progressive big city mayors continue to demonstrate how out of touch they are with reality. Chicago Mayor Lori Lightfoot posted evidence of this with a TikTok video of her singing karaoke on Wednesday amid a citywide 37% increase in violent crime when compared to 2021.

“It’s time to sing your hearts out, Chicago! Our karaoke competition is starting Sunday and will go until Nov. 6th. Now’s your time to shine,” the video caption on Lightfoot’s TikTok states.

The winner of the Chicago Sings Karaoke competition will receive a $5,000 prize, the New York Post reported.

It’s time to sing your hearts out, Chicago! 🎤🎶 Our karaoke competition is starting Sunday and will go until Nov. 6th. Now’s your time to shine. ✨ Sign up at: ChicagoSingsKaraoke.org

Lightfoot’s video comes as the city is seeing a 37% increase in violent crime when compared to the same time period in 2021, reported The Post.

Her restrictive policies on police — like the prohibition to chase bad guys in almost every instance — have a major impact on lawlessness in the city.

To date, more violent crime is being reported in Chicago in 2022 than every year since 2018, according to statistics from the Chicago Police Department. … And the previous few years have already seen dramatic increases.

Black on black crime statistics should be horrifying to the mayor, yet she rarely fails to harness police despite blood on the streets like never before.

So while Lightfoot is apparently trying to be relevant with her video, she’s actually demonstrating how out of touch she is with reality.