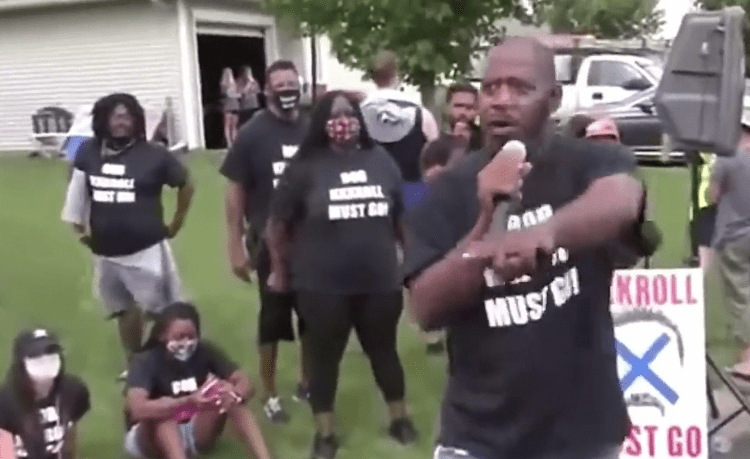 Video shows John Thompson angrily shouting choice words into a microphone at neighbors who support police, WCCO reported. Some of the clips also show children nearby.

Thompson, who is the Democratic Farmer Labor (DFL) candidate for District 67A, later apologized after facing backlash for shouting the profanities, WCCO reported.

“I want to make a positive difference, and my comments on Saturday were not helpful,” Thompson wrote in a Facebook post Sunday.

Thompson, who won his primary last week, added, “Inflammatory rhetoric is not how I want to address the important issues we’re facing, and I apologize.”

“I’m grateful for the work John is doing to combat systemic racism, and I’m glad that he recognizes yesterday’s rhetoric was inflammatory, hurtful, and does not help move our state forward in the fight for justice,” Martin said.