'Fear is the mechanism for control' 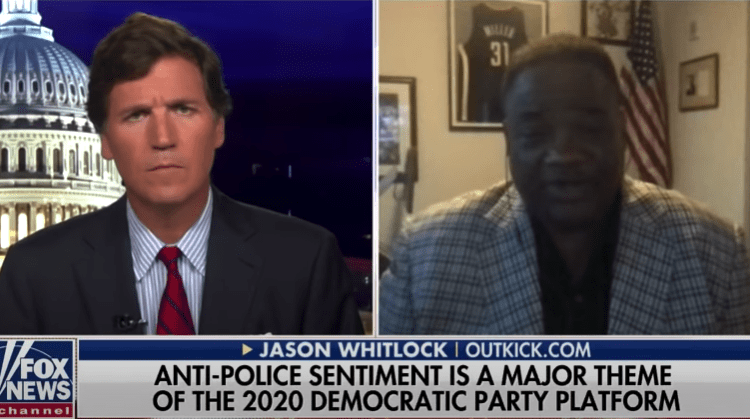 “Democrats believe we need to overhaul the criminal justice system from top to bottom. Police brutality is a stain on the soul of our nation. It is unacceptable that millions of people in our country have good reason to fear they may lose their lives in a routine traffic stop, or while standing on a street corner, or while playing with a toy in a public park. It is unacceptable that Black parents must have ‘the talk’ with their children, to try to protect them from the very police officers who are supposed to be sworn to protect and serve them.”

The inference is that black people are not safe with police on the street.

This assertion is so caustic and bombastic that our editorial team at Law Officer would like you to hear a response from Jason Whitlock, a black sports journalist who has a depth of understanding worth listening to.

Tucker Carlson asked Whitlock if the belief is rooted in reality.

“Fear is a mechanism, a tool for control,” Whitlock responded. “And the Democratic Party, the mainstream media are using fear to control people, and to control African-Americans in particular. You cannot function properly if you live in irrational fear. … Fear is the friend of evil.”

Whitlock went on to challenge the platform as well as Michelle Obama for repeating the talking points by saying, “What black communities have they actually lived in?”

The sports journalist says, “The stats, the facts, the evidence, don’t back up this irrational fear.” He goes on to explain how this fear goes into people who “make really bad decision.”

Carlson asks, “What kind of a scar does this leave on the country if you keep saying things like this?”

By giving someone an excuse is how you “guarantee failure,” according to him.

Whitlock continues by explaining what drove him to success in his profession, and how family values were a driving force. “Attitude controls outcome,…” he said.

Law Officer could not agree with him more. We’ve called these philosophies and ideologies evil, but it has an amplified effect when said by someone with Whitlock’s background and life experience.

“It’s borderline satanic,” he says, “if you really have an understanding of religious faith.”

“It’s sickening to me … to see a major political party pump this message into the black community is really disheartening for me.”

Watch the interview below:

Whitlock is a sportswriter whose previously hosted sports talk shows on ESPN and Fox Sports. He is currently co-owner and writer for Outkick the Coverage.

Today he published a piece that you might find interesting: BLM 101: TOGETHER, WE CAN EDUCATE PRO ATHLETES ABOUT BLACK LIVES MATTER

Law Officer appreciates Whitlock’s voice of reason on this volatile topic in America today. We can only imagine the grief he’s experienced by speaking out against these destructive ideologies. As a result, we encourage our readers to look at his work at outkick.com when reading sports journalism.