He calls it the 'Lumber Jacked Gym' 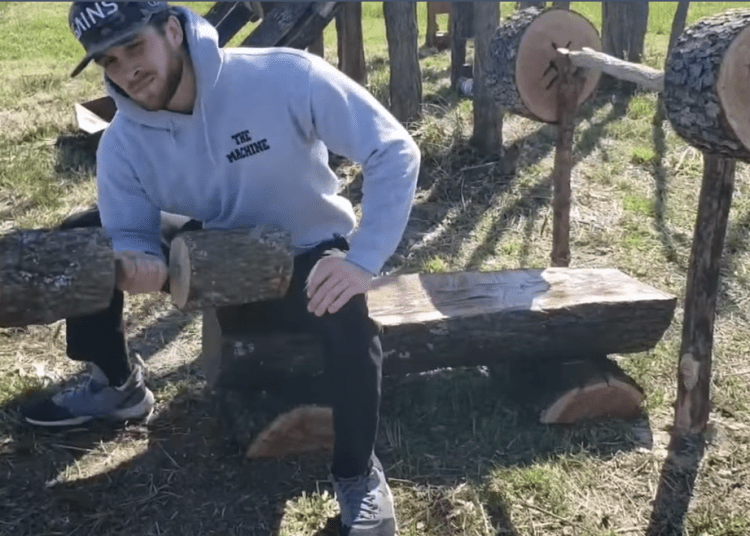 As gyms have been required to close their doors during the coronavirus pandemic, fitness enthusiasts have searched for creative workout methods. Some people have found unique solutions while others have simply returned to the basics. But there is one military cop who has taken creativity to a new level.

Zachary Skidmore decided to bring the gym to his backyard, but not in the way so many others have done. He constructed a full-service workout rig made entirely of timber.

In a video shot on his family’s countryside property in Jackson, just 35 miles west of the West Virginia border, Skidmore can be seen demonstrating his fitness and carpentry skills, to the tune of Rihanna’s remixed rendition of “Run This Town,” reported New York Post.

“My gym closed, so I grabbed a chainsaw and went to work. I built what I’m calling Lumber Jacked Gym in around 60 hours over the span of two weeks. I managed to satisfy my hunger to work out,” he wrote in the video caption for an April 4 Facebook post.

“When I heard my gym was going to close. I knew I had to come up with a way to continue working out,” the U.S. Army military police officer told Storyful.

On his never-ending quest for “gains,” Skidmore said he originally considered a bodyweight exercise routine, but the idea for Lumber Jacked Gym dawned on him when he noticed a fallen tree on his family’s property.

“After I made the bench I made some dumbbells for a more real-gym feel,” he said. “And at that point I realized, I had nothing but time due to work being postponed from COVID-19. So why not continue?”

Skidmore’s creatively crafted gym is outfitted with a rowing station, chest press and a pulley cables, which accommodate a variety of exercises, the Post reported.

“Some pieces of equipment I drew out before the sun came up to get an idea, but for the most part I was just making it up as I went along,” he said. “Between the engineering and planning of how to execute parts, I was going as fast as I could because I wanted to get back to my normal workout routine.”

His followers on social media praised his resourcefulness, referring to him as “Superman” and “the Flintstone bodybuilder.”

One joked that Skidmore might be giving another popular gym brand a run for their money: “CrossFit Apocalypse needs to happen like yesterday.”

How can police officers avoid getting sick?