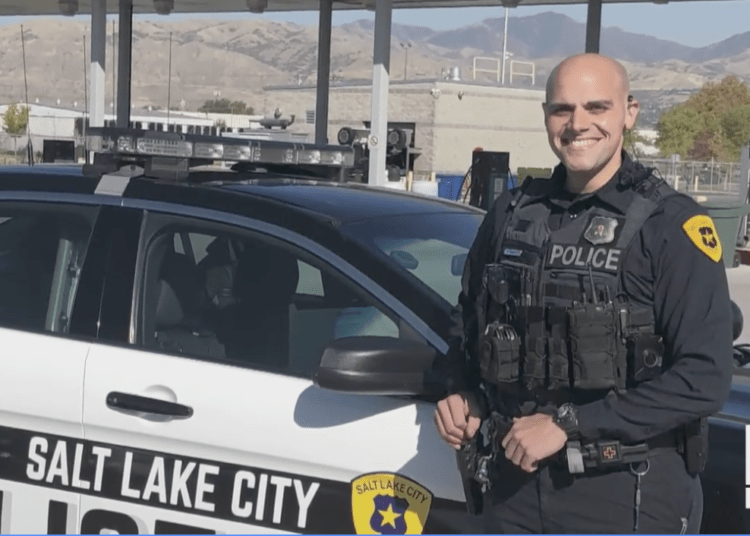 Editor’s Note: This article was written by Ashley Moser, Keri Wilcox and Aley Davis for KSL-TV. The news organization surveyed 406 LEOs in October related to suicide and mental health. We believe their findings are valuable insightful and worthy of your time.

SALT LAKE CITY, Utah – In 2018, more police died by suicide in the United States than died in the line of duty. And the number of law enforcement suicides went up dramatically in 2019.

It is a devastating trend those in law enforcement fear will increase with the current climate.

Brent Jex, president of the Utah State Fraternal Order of Police, said there has been an uptick in officers reaching out for help with mental health issues this year.

“The constant attacks, the riots, the political attacks, everything, I mean it’s just been a crazy decade this year,” Jex said. “I hope that the public is aware of what stuff like this does and the effects that it has on the profession and on community safety.”

With the help of his organization, which represents 4,300 officers statewide, KSL surveyed 406 individuals in October who work in law enforcement about issues related to suicide and mental health.

Sixty-three percent of those who responded had more than 10 years on the job.

While 61% said they feel supported by the community, nearly 79% said that feeling of support has changed over the last year.

And an overwhelming majority (84%) said trauma from the job has impacted their life and relationships outside of work. When asked about how that trauma has impacted them, 74% noted sleep disruption; 73% reported having negative thoughts; 70% said they have felt emotionally numb, and 50% said they have recurring memories or flashbacks of a traumatic event.

For Salt Lake City police officer Miles Knapp, the symptoms began May 30 after a protest turned into a riot downtown.

“That day I experienced a genuine sense of fear that I was going to die,” he said. “I struggled in the days and weeks after that. I wasn’t sleeping, I was maybe an hour and a half, two hours of sleep at night.”

Feeling hopeless and sad, he reached out to his department’s peer support group and then a therapist for help.

“My therapist was like, ‘Oh, yeah, this is a classic case of PTSD.’ And I was like, ‘Wow, I didn’t think that, not even three years into my career, I’d have PTSD,’” he recalled.

Knapp, a father of three young girls, was surprised that the job he loves was now causing so much stress.

“I’ve wanted to be a police officer [since] before I can remember,” Knapp said.

Growing up in Southern California, he was especially drawn to the officers on motorcycles. Earlier this year, he realized that dream when he joined the motor squad.

“I get a really significant sense of fulfillment and joy out of helping others,” he said.

Knapp is glad he addressed his mental health concerns immediately. He now encourages others to do the same.

“If you have an issue, go get help. It doesn’t matter what you do for a living. People experience trauma in all different professions,” he said. “In the long run, you’ll be happy you did it. I certainly am.”

Our survey found 59% of respondents have reached out for help to someone to talk about their mental health: 52% spoke to a spouse, 43% to a coworker and 44% to a friend.

But only 37% said they had reached out to a therapist.

Trauma has a very real impact on the mental health of our first responders and it’s not just a 2020 problem.

According to FBI statistics, 106 officers died in the line of duty in 2018. That same year, Blue H.E.L.P., an organization aimed at reducing mental health stigma, recorded 177 law enforcement suicides nationwide.

In our survey of Utah law enforcement, 20% of those who responded said they have had thoughts of suicide. Four percent said they have attempted suicide, and 76% said they know someone who has attempted or died by suicide.

The quiet crisis is something many organizations in Utah are working hard to address.

“When officers go through the program, they start becoming an advocate for officer wellness, they start advocating for going to counselors, getting it off your chest, start dealing with these issues, and they’re healthy again,” said program organizer Sgt. Mike Fullwood.

After Draper Police Sgt. Derek Johnson was killed on the job in 2013, his colleague, Sgt. Scott Adams, saw a need and started the department’s first peer support team.

“The goal of our peer support is to be a resource for the officers to be able to come in and have conversations and talk about their stress and what they’re experiencing,” he said.

Adams said in years past, officers were encouraged to not talk about their feelings or seek help.

“If they were talking about or had thoughts of suicide, their gun was taken away from them, they’d likely lose their livelihood, they would be blackballed as somebody who’s not mentally stable,” he said. “But that’s changed over the years.”

Many who took our poll commented that stigma still exists in the culture statewide.

“Police officers have a stigma of having to be the tough guy,” one respondent wrote in our survey. “The guy who can handle any problem and then go take care of the next problem. They are expected to be a robot and people forget they are human.”

“I believe there is a need for consistent education for LEOs in the recognition and self-care of mental health,” wrote another. “I think part of the problem is we don’t recognize why we feel what we feel or can’t interpret our emotions in order to understand them and treat them.”

The West Valley City Police Department is trying something new to overcome that. Rather than referring officers to outside therapists as most departments do, they created an in-house position.

Miriah Ikemiyashiro started work as their resident therapist in August. Sessions are mandatory for every employee.

“So twice a year for everyone they have to come in. If you’re in a high-risk unit, it’s four times a year, and beyond that is voluntary,” Ikemiyashiro said. “So many officers are going way more already, they’re voluntarily coming in weekly, sometimes twice a week, depending on what’s going on.”

She said the success is something she hopes other departments duplicate.

“It is worth the investment. The injuries that we can see are maybe 3% of the actual injuries that exist, and therapy gets to the ones that you can’t see,” she said.

Another resource is close to launching: a pilot version of the SafeUT Frontline app will be released by the end of the year. It is an app specifically designed to connect first responders, including law enforcement, firefighters, dispatchers, EMS, and healthcare workers, with the emotional support they need.

It will also allow first responders to chat online with a clinician 24/7, send a tip expressing concern for themselves or a loved one, or make a call through the app to the Statewide Crisis Line.