‘Mike the Cop’ tells why he left law enforcement 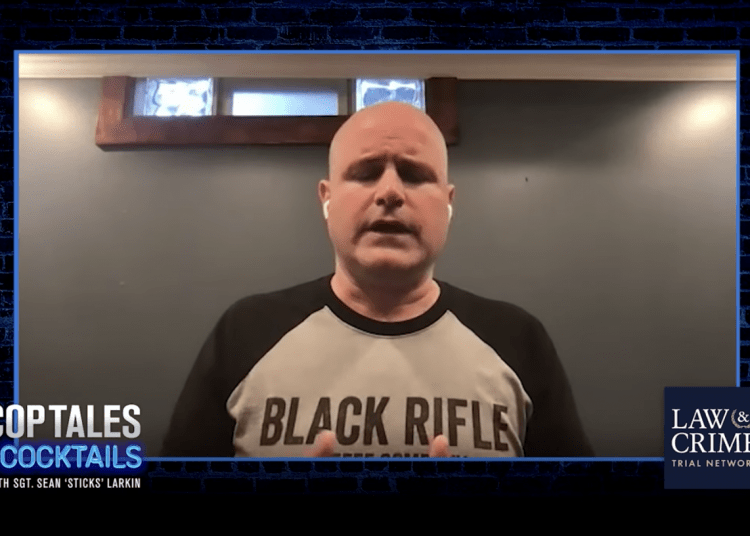 “Mike the Cop” is a social media influencer with about 1 million followers on Facebook and thousands more on other platforms. He was recently interviewed for an episode of Law&Crime’s podcast “Coptales,” with Sgt. Sean “Sticks” Larkin formerly of the Tulsa Police Department’s Crime Gun Unit and ICU Nurse Howard Doss.

The former police officer who is best known for his viral social media posts, opened up about what lead him to retire from policing. He said the reason wasn’t what some might assume. As a matter of fact, it’s actually what tens of thousands of officers say annually.

“It’s about the political climate of being the next person they make an example of,” he added. “I got to the point where I was one traffic stop, one call away from being the example, even if I did everything right. I had a sense my administration would not have my back.”

In essence, police officers can handle “the crap” when they feel supported. But when the foundation of trust is nullified, weak leaders are viewed to be more dangerous to cops in the trenches than criminals.

Leading people with honor and integrity is difficult work since it almost always requires the road less traveled. Managing law enforcement personnel might be one of the most challenging vocations on the planet because the work of a cop has a greater combination of scrutiny, danger, and legal complexity than any profession on the face of the planet, bar none.

“Pleasing the boss” has become more important than “doing what’s right” in far too many organizations. Thus, “Mike the Cop” hits the nail on the head with his perfunctory analysis and justified fear. So why don’t more police administrators pay attention to the criticism? Two words sum it up: Cowardice and coercion.

Cowards fear supporting line personnel during troubled times since it’s easier to discard them as a commodity, rather than stand up for their humanity.

Coercion comes into play by governing authorities that are run by power mongers who specifically hire a chief of police to do their political bidding.

May God bless the courageous police leaders who buck the trend. Their people will follow them into the pit of darkness to combat evil. To the cowards and coerced leaders, your people will not stand behind you in line at the coffee shop. … Now you know!