The Promotion Comes After the NCAAP Demanded a Black Major 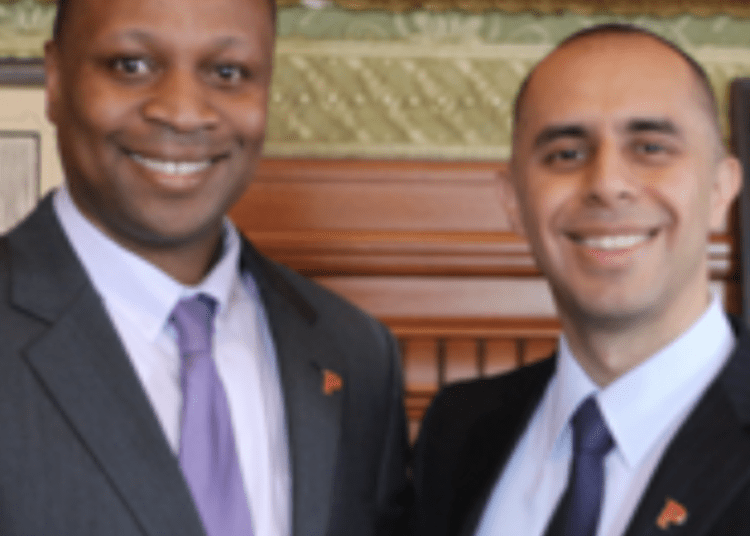 Providence, Rhode Island – Community leaders have been calling for a Black Major in the Providence Police Department for years and it appears that accomplishment has been achieved. This week, Providence Mayor Jorge Elorza named the city’s recreation director, Michael Stephens to the rank of Major with the police department.

Stephens has no training in law enforcement but has been a youth basketball coach and college referee for most of his adult life.

Igliozzi said in a statement that the new position if it holds the rank of major either needs to be held by a trained police officer or that the position needs to be redefined.

Mayor Jorge Elorza said that “the City Council strongly supports the creation of a Community Relations and Diversion Services Major position to build greater trust between our police force and the diverse communities of our city. That is why we included funding for such a position in our FY 2022 budget.”

“Michael Stephens has a commendable record of community leadership and service with the Providence Recreation Department. These are admirable qualifications for a civilian community-police liaison position. They are, however, not the qualifications for the position of Major within the Providence Police Department’s command structure, particularly as many other trained officers have worked hard to move up the ranks within our police force,” said Igliozzi.

If you are confused how someone without police experience can effectively jump several ranks to become a police commander, you can look no further than a 2015 comment from Providence NAACP Branch President Jim Vincent.

“Like the crime numbers, we need to deal with this perception, which dovetails for the police to reflect the look of the community. When the community sees that there’s more trust, the police can solve more crime.”

That comment was made at a rally held to demand a black police major.

Stephens took the the director position in the recreation department in 2015 and at the time he said that he would not be giving up his outside $180,000 year job with the NCAA as a referee.

The selection comes as Providence is experiencing record homicides and violence.