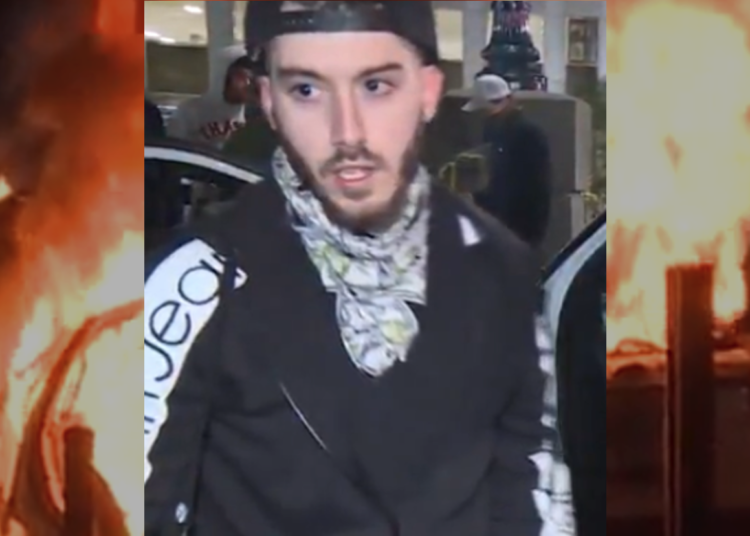 PROVIDENCE, R.I. – A criminal defendant in Rhode Island who poured a flammable liquid into a police unit during a night of violence in Providence during the summer of 2020, turning a small fire into an inferno that turned the vehicle into a charred wreck is being sent to prison.

Nicholas Scaglione, 32, was sentenced to three years in prison in addition to two years of probation during his hearing in the U.S. District Court of Providence on Thursday. He is also ordered to reimburse the Providence Police Department $52,000 for the cost of the patrol car, Fox News reported.

A remorseful Scaglione committed the criminal offense in the early morning hours of June 2, 2020. Former Gov. Gina Raimondo referred to the violence outside the Providence Place mall as an “organized attack on the community.”

While people gathered to protest the death of George Floyd in Minneapolis earlier, Scaglione became part of a “mob” bent on destruction, authorities said.

“This defendant chose to quite literally fan the flames of a riot,” U.S. Attorney Zachary Cunha said Thursday. “Incinerating a police car, he needlessly endangered the lives of law enforcement and the public, and dishonored the proud legacy of Americans who have worked for change through peaceful means.”

Before intensifying the fire, the Cranston man stood on top of the unoccupied cruiser, threw something at it and joined others in trying to flip it onto its side, according to prosecutors.

The FBI released surveillance images and video from the scene in the aftermath of the destruction. Scaglione was quickly identified by people who knew him. Authorities also obtained text messages in which he admitted to helping burn the police vehicle while expressing animosity toward officers.

“That was pent up years of rage and frustration with the way I’ve seen and been treated by police,” he said in one text. “That cop car can be replaced. Peoples lives cannot.”

Although Scaglione originally pleaded guilty in March 2021 to a charge of malicious attempt to damage or destroy a vehicle, he was recharged after a dispute formed over his sentence, which could have been five years, according to WPRI.

As a result, he pleaded guilty in April to conspiracy to commit arson that came with a lighter sentence.

William Dimitri represented Scaglione in the case. He said in court Thursday that his client is a “good kid” who “made a horrible, life-altering decision.”

“I believe the court gave full consideration of the conduct charged and Mr. Scaglione’s background and took into consideration that this conduct was very much an aberration,” the attorney said in an email, calling the sentence fair given the circumstances, Fox reported.

A second defendant charged in the case was found incompetent to stand trial in March 2021 and subsequently ordered to undergo mental health treatment. That case is pending.