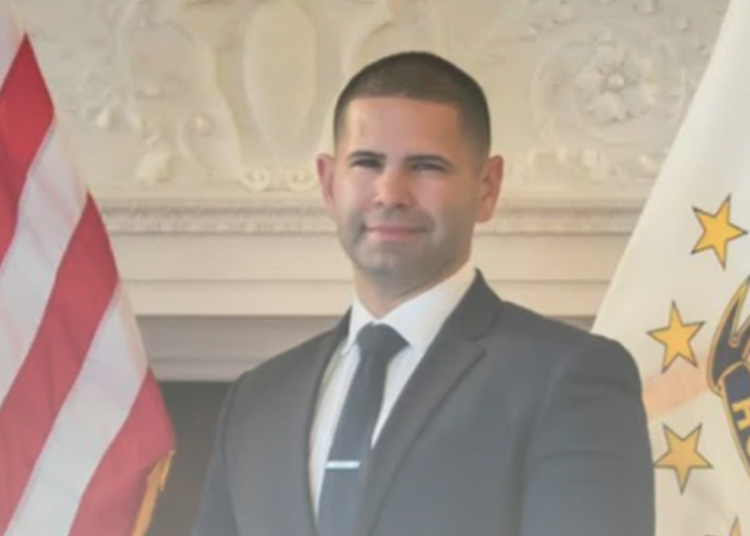 PROVIDENCE, R.I. – A police officer who was running as a Republican candidate for state Senate in Rhode Island suspended his campaign after he was charged with an attack on his Democratic political rival during an abortion rights rally.

Officer Jeann Lugo of the Providence Police Department was a candidate in the race for Senate District 29. Rhode Island Political Cooperative Chairwoman Jennifer Rourke was his opponent. She said Lugo punched her twice in the face, reported The Providence Journal.

Lugo was arraigned on charges of simple assault and disorderly conduct on Saturday. Following the arraignment, he was released on his own recognizance. He is scheduled to make his next court appearance July 8, according to a news release by Providence Police spokeswoman Lindsay Lague.

Lugo — a three-year police officer — was placed on paid administrative leave following the confrontation at the State House in Providence on Saturday, according to his employer.

The PPD is criminally investigating the behavior of an off duty officer last evening during a protest where a female was assaulted. The officer has served for 3 yrs and placed on administrative leave w/pay this morning, pending a criminal investigation and administrative review

Rourke denied Lugo’s allegation, which claimed she had become physical with him. Lugo did not deny punching Rourke, Yahoo News reported.

“I’m not going to deny,” Lugo told The Journal of the punching allegation. “It was very chaotic, so I can’t really tell you right now. Everything happened very fast.”

Lugo added in a statement to The Boston Globe: “As an officer that swore to protect and serve our communities, I, unfortunately, saw myself in a situation that no individual should see themselves in. I stepped in to protect someone that a group of agitators was attacking.”