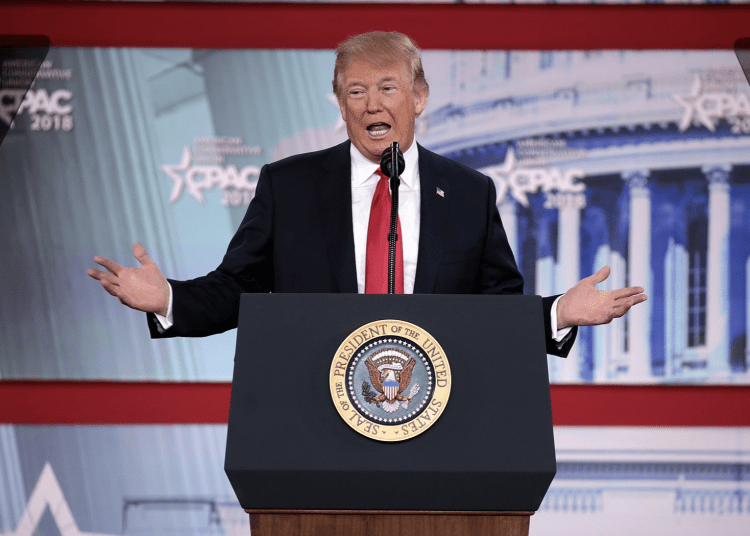 Initial reports by CNN and The Washington Post said that Trump urged Watson to “find the fraud,” telling her she would be a “national hero,” according to archived versions of the stories.

However, the president said neither line, according to the audio recording. Since the powerhouse news organizations have been exposed, the lines have disappeared from both stories, according to Daily Wire.

Both news organizations cited a single source who was allegedly familiar with the call. It is unknown whether each outlet spoke with the same anonymous source to get the bogus quotes.

“I won everything but Georgia, and I won Georgia, I know that, by a lot, and the people know it, and something happened there, something bad happened,” Trump said on the call. “I hope you go back two years as opposed to just checking one against the other because that would just be sort of a signature check that doesn’t mean anything. But if you go back two years, and if you can get to [Fulton County], you are going to find things that are unbelievable. The dishonesty.”

Watson answered: “I can assure you that our team and the [Georgia Bureau of Investigation], that we are only interested in the truth and finding the information that is based on the facts. We’ve been working 12-16 hour days and, you know, we’re working through it. So I can assure you that.”

Toward the end of the call, Trump told Watson that “when the right answer comes out, you’ll be praised.”

On Thursday, The Washington Post issued a lengthy correction to the top of its article, originally published on January 9 under the headline “‘Find the fraud’: Trump pressured a Georgia elections investigator in a separate call legal experts say could amount to obstruction.” The correction says:

“Correction: Two months after publication of this story, the Georgia secretary of state released an audio recording of President Donald Trump’s December phone call with the state’s top elections investigator. The recording revealed that The Post misquoted Trump’s comments on the call, based on information provided by a source. Trump did not tell the investigator to “find the fraud” or say she would be “a national hero” if she did so. Instead, Trump urged the investigator to scrutinize ballots in Fulton County, Ga., asserting she would find “dishonesty” there. He also told her that she had “the most important job in the country right now.” A story about the recording can be found here. The headline and text of this story have been corrected to remove quotes misattributed to Trump.”

CNN issued an editor’s note to the top of its article on Monday that says:

“An earlier version of this story, published January 9, presented paraphrasing of the President’s comments to the Georgia elections investigator as direct quotes. The story has been updated following the discovery of an audio recording of the call. Read more here.”