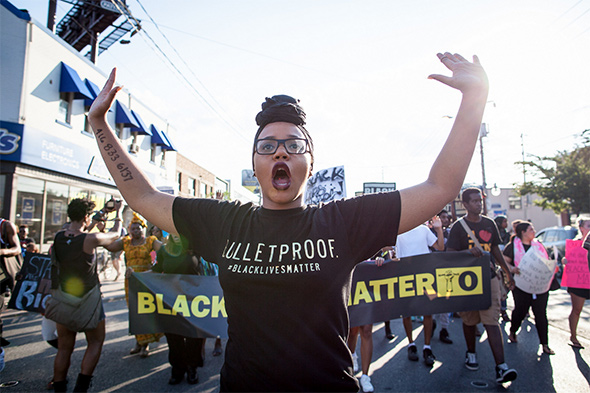 LOUISVILLE, Ky. — Police in Louisville have said, “no more.:” The Kentucky city declared Sunday they are banning all street marches and protest caravans in the wake of a violent weekend clash with police that lead to 12 arrests.

The announcement by the Louisville Metro Police Department also comes after more than 70 days of Black Lives Matter demonstrations over the police shooting death of Breonna Taylor on March 13, when she was killed during a narcotic search warrant service, the New York Post reported.

“LMPD continues to balance the First Amendment right to protest with the public safety needs of the entire community,” the department said on Twitter. “For nearly 75 days, Louisville residents have taken to the streets to express their desire for accountability and change.”

“These caravans continue to pose serious safety risks, for protestors and the public.”

LMPD continues to balance the First Amendment right to protest with the public safety needs of the entire community. For nearly 75 days, Louisville residents have taken to the streets to express their desire for accountability and change. pic.twitter.com/2jNGO2Uayc

Effective Sunday, police said all pedestrians in the city must remain on sidewalks “following all laws for pedestrian traffic.”

“Cars and pedestrians will not be allowed to block intersections for any length of time,” the tweet continued. “Participants who refuse to comply with any law or lawful order will be eligible for citation and/or arrest.”

Twelve people were arrested Saturday night for allegedly flipping tables at a Fourth Street Live event and set trashcans on fire, the Louisville Courier-Journal said. Eight of those were on felony charges.

Taylor, a 26-year-old EMT, was sleeping with her boyfriend when police raided her home on March 13 at 1 a.m. Officers returned fire from Taylor’s boyfriend, Kenneth Walker, subsequently killing her.

Walker told police he pulled out a gun —  which he is legally licensed to own —  not realizing the intruders were police officers. Sgt. Jon Mattingly was wounded during the gunfire that night, Law Officer reported. Walker was not.

As a result of the shooting, Officer Brett Hankison was fired June 23.