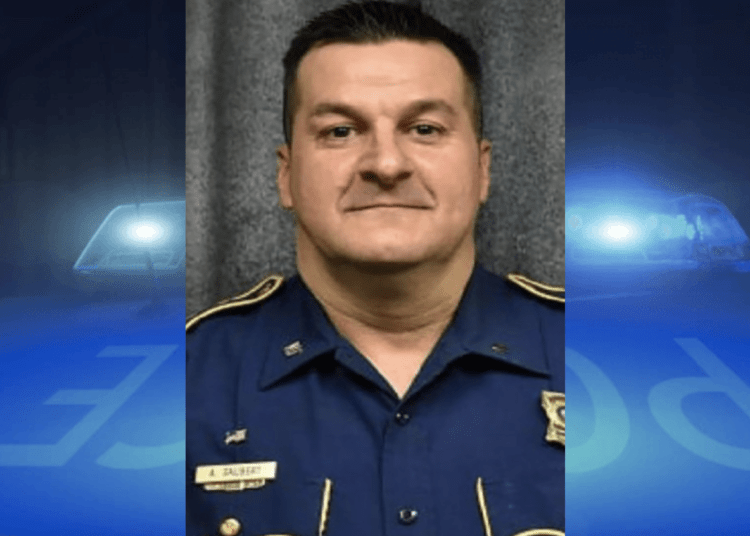 BATON ROUGE, La. — A trooper of the Louisiana State Police was ambushed and killed Saturday during a shooting spree of a crazed gunman. Yet the trooper’s body was not discovered for 12 hour amid a day of apparent confusion and chaos as authorities sought the suspect. Now authorities seek answers how this occurred, WBRZ reported.

Master Trooper Adam Gaubert was a 19-year-veteran of the department. He was found inside his patrol vehicle in Prairieville, about 18 miles southeast of Baton Rouge, hours after being “ambushed,” Col. Lamar Davis, superintendent of the Louisiana State Police, told reporters Saturday night.

Gaubert was shot in an area that is secluded, about 400 feet a busy highway. Sources told WBRZ that after hours of not hearing from the trooper via radio communications, a fellow trooper went looking for him.

The slain trooper was discovered behind the Capital One bank at Airline and Old Jefferson. A heavy police presence was noticed at the bank parking lot before 6 p.m. Saturday, more than 12 hours after Gaubert is presumed to have been killed.

When asked by WBRZ about the timeline, Col. Davis of the Louisiana State Police, could not elaborate late Saturday. He said the agency would “fully investigate all aspects of this incident.”

“We are investigating [how Gaubert went unfound for so long]. There are some inconsistencies, information we’re trying to gather [and it’s all] currently under investigation,” Davis said during a press conference late Saturday night.

Police believe Gaubert may have been involved in responding to the initial crime scene in Ascension Parish where Mire is accused of shooting two people.

“Trooper Gaubert embodied everything we stand for; honor, duty, selfless service, and courage. In the days ahead, we will mourn his tragic death and honor his service to our department and the citizens of Louisiana,” a statement on the agency’s Facebook page says.

Matthew Mire is suspected of murdering Trooper Gaubert as well as a woman, believed to be Mire’s half-sister, Fox reported.

Mire, 31, is also accused of shooting three other people who survived the gunfire. He was taken into custody shortly before 10 p.m., after a daylong manhunt in area woods.