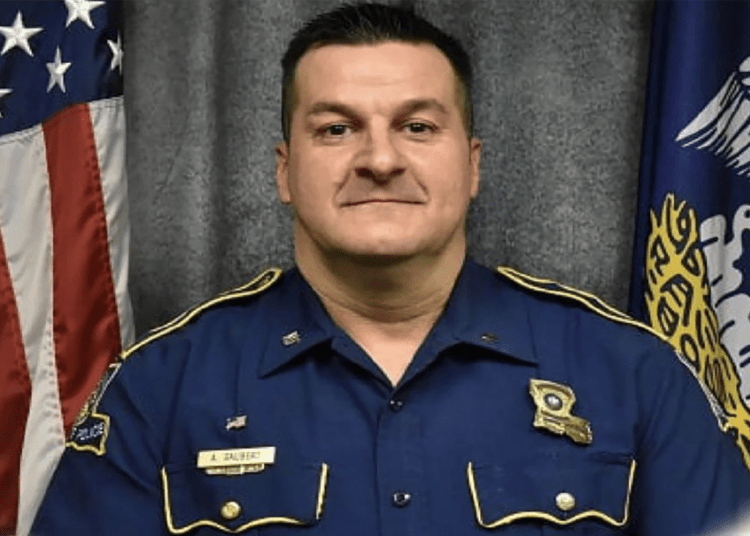 BATON ROUGE, La. – A Louisiana shooting spree left two dead and three wounded. Trooper Adam Gaubert was one of two people who was murdered. An all day manhunt for the killer ended with his capture, Louisiana State Police said.

Matthew Mire, 31, is accused of shooting five people over the span of a few hours. Police say that Mire shot two people around midnight on Friday in Livingston Parish then traveled to Ascension Parish where he shot two more people of whom died. One of them was Trooper Gaubert who was ambushed and killed in a patrol car. It was unclear where the fifth person was shot. The gunman was taken into custody about 10 p.m. Saturday, KLFY-TV reported.

Mire is accused of ambushing Gaubert — a 19-year veteran — while he sat in his car in Ascension Parish Saturday morning.

“Trooper Gaubert embodied everything we stand for; honor, duty, selfless service, and courage,” a social media post from the state police said.

“In the days ahead, we will mourn his tragic death and honor his service to our department and the citizens of Louisiana.”

The murder of Gaubert is believed to be the latest in a string of attacks by Mire since a little after midnight on Friday going into Saturday. The gunman shot two people in Livingston Parish, before shooting two more in Ascension including Pamela Adair, 37, who was killed, KLFY reported.

A state trooper attempted to stop Mire around 5 a.m. Saturday morning on Louisiana Hwy 42 east of Jefferson Highway. However, the gunman opened fire on the police unit and kept driving. The trooper was not hit as LSP exchanged fire with Mire during the chase.

The suspect eventually fled on foot near Hoo Shoo Too Road, which prompted a massive manhunt, KLFY reported.

“Preliminary information indicated that Master Trooper Gaubert, a 19 year veteran of the Louisiana State Police, was shot and killed in the area in which an early morning homicide occurred.” police said during an 11:30 p.m. press conference Saturday.

Law enforcement authorities have several crime scenes at multiple locations, so no further details were immediately available as they piece together the sequence of bloodshed.