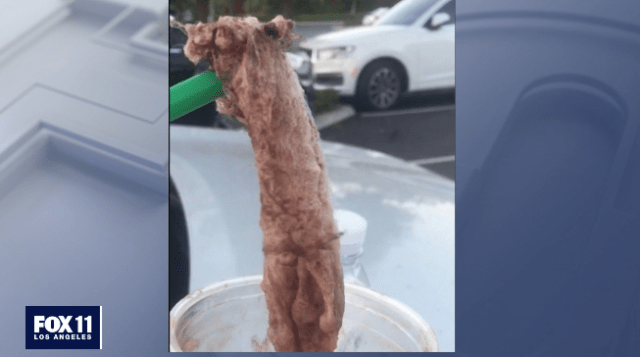 DIAMOND BAR, Calif. — An off-duty police officer was enjoying his Starbucks Frappuccino when he discovered a nasty surprise. The officer says he discovered a tampon floating around in his drink.

As a result, there is now a criminal investigation.

The off-duty LAPD officer purchased his Frapp on Friday at a Starbucks inside a Target in Diamond Bar.

According to TMZ, the officer used his police credit union debit card to buy the drink, and says he found the feminine hygiene product inside. Upon noticing the item, he angrily returned to the store to confront the staff.

Los Angeles County Sheriff’s Department, which serves the city of Diamond Bar, took a crime report and is now investigating it as a possible food tampering incident, TMZ reported.

Consequently, detectives are pulling surveillance footage as they conduct the investigation.

The Los Angeles Police Protective League is calling the incident a “disgusting assault on a police officer” and says it was “carried out by someone with hatred in their heart and who lacks human decency,” Fox 11 reported. They want whoever may be responsible exposed and fired.

Share and speak up for justice, law & order...
Tags: coffeeLAPDLASDstarbuckstampon