The meritless assertions were nixed by the liberal mayor, witnesses as well as protest organizers 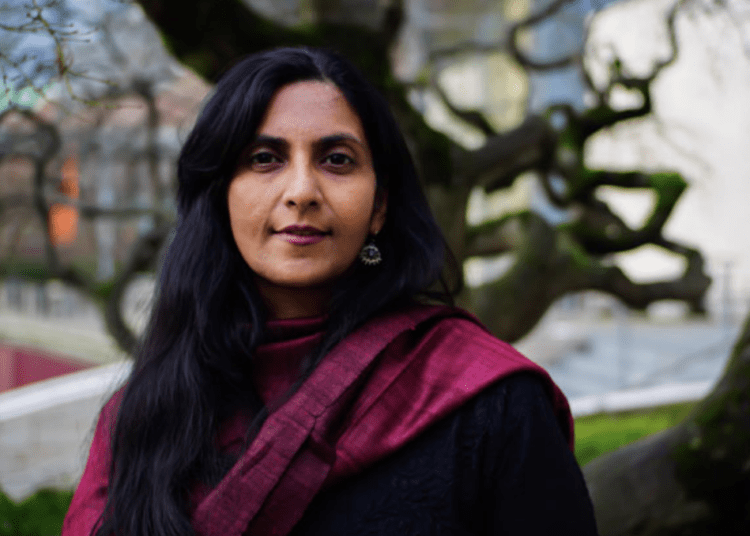 SEATTLE — A left-wing Seattle council member’s claims that the fatal weekend shooting in the area protesters have designated the “CHOP” zone may have been the work of right-wing agitators. Nevertheless, the meritless assertions were checked by Mayor Jenny Durkan, witnesses, and protest organizers.

Seattle City Council member Kshama Sawant speculated Saturday in a statement, without citing evidence, that the murder of a 19-year-old man was a possible “right-wing attack.”

“Though we await confirmation of the details of the killing, there are indications that this may have been a right-wing attack,” said Sawant, who represents the Capitol Hill neighborhood where demonstrators have cordoned off several blocks and occupied a police precinct. The area has been dubbed the Capitol Hill Organized Protest, or CHOP.

Conservative & corporate media, locally & nationally, have whipped up right-wing hate by completely misrepresenting peaceful protest occupation. They're continuing to do so even now, falsely claiming that this shooting proves CHOP is descending into chaoshttps://t.co/TWi2rghibm

However, a spokesperson for Seattle Mayor Jenny Durkan released a statement saying it is too early to speculate on what led to the shooting or who committed it, KOMO News reported.

“It is premature to determine or speculate about the cause of the shooting, or the perpetrators, including whether it was connected or related to any of the protests occurring on Capitol Hill,” the statement said.

Further deflating Sawant’s assertion is Jake Scheels, who has broadcast from within the area on Facebook Live. He told the station that the situation escalated after people partying in the street set off fireworks. He also said alcohol may have played a role and did not see anything like Sawant described in her statement.

Sawant is also the council member who allowed protesters inside a locked City Hall after hours nearly two weeks ago. In doing so, she encouraged the life-disrupting anarchy being witnessed today.

CHOP organizers tweeted on Sunday a list of potential changes to the zone to increase safety and “encourage CHOP to stop being a chaotic, immobile zone in the late/early morning hours.”

Some changes included creating “safe use” areas for alcohol or drug use, asking those who are intoxicated to keep “a safe distance away” from the zone. They also proposed new hours of 8 a.m. to 8 p.m., admitting that “the late hours of CHOP tend to give way to some problematic behavior.”

The shooting, which happened early Saturday in the protest zone, left a 19-year-old man dead and another man hospitalized with life-threatening injuries. No arrests have been made in the ongoing investigation.

Reports of a second shooting in the zone that left a victim in serious condition came overnight Sunday. Police were unable to confirm the shooting and said in a tweet that there have been conflicting reports.

Police investigating reported shooting inside CHOP zone. One person at HMC with gun shot wound. Hearing reports of a second shooting, but have not be able to verify at this time. Conflicting reports, will update with more information when available.

Mayor Durkan eventually issued a prepared statement at around 6 p.m. Sunday, nearly 40 hours after the shootings. It said, in part:

But some Capitol Hill residents say Durkan needs to do more than issue a statement, KOMO News reported.

“I would invite Mayor Durkan to spend one night in the ‘CHOP’ area,” said a man who lives near the zone. “And she can feel for herself what it’s like.”

The local resident then lashed out at Durkan, Sawant, and the entire City Council.

“You’re the reason why the situation is what it is today,” said that man who didn’t want to be identified, pointing fingers at both the council and mayor. “You need to take responsibility, step in and enforce our city laws.”

“The residents and homeowners feel hostage,” he added. “We feel like we’re being held hostage in our own neighborhood because city officials are not doing anything about the situation.”

Many neighbors told KOMO News that they support the Black Lives Matter movement but say what ‘CHOP’ has turned in to is no longer a protest.

“This is one of the most liberal neighborhoods in the city that supports movements like this, 100 percent, and we don’t even know how to do that now,” said Nancy Douglas. “Don’t necessarily look for a leader in this movement and push everything aside until you find that person because you’re not going to find that person.”