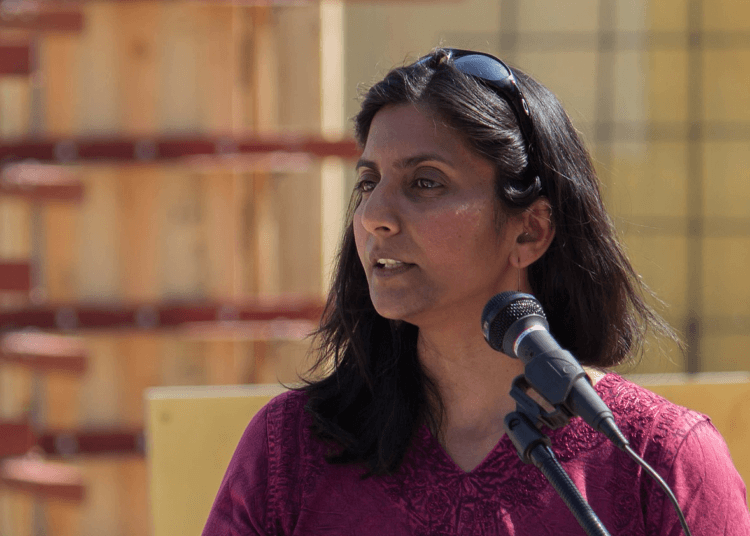 SEATTLE – Seattle City Council member Kshama Sawant who led the charge to defund the police department is now asking police to protect her private residence since she’s been hit by feces vandals.

During the past month an unknown suspect has been throwing human excrement at the Marxist councilmember’s home, the Post Millennial reported.

According to the source of the news outlet, the Seattle Police Department responded and took a report. However, the councilmember who wants SPD defunded is now requesting a “permanent patrol presence monitoring her place from 5 pm -10 pm every day.”

Moreover, this is not the first time the anti-police city leader has sought law enforcement protection.

In December 2020 following riots that scarred the city — like so many others in the wake of the death of George Floyd — Sawant demanded police protection in response to alleged threats.

Yet it was later discovered that Sawant used the threats for self-serving publicity before notifying the Seattle Police Department, the Post Millennial reported.

During the 2020 riots, Sawant used her key to let protestors into Seattle City Hall after hours so that the mob could occupy the building, which was also closed to the public due to the pandemic.

She also made wild, unmerited claims in 2020 that a murder in the area protesters designated the “CHOP” zone was the work of right-wing agitators, something even liberal Mayor Jenny Durkan quickly discounted, Law Officer reported.

Sawant was a leading police antagonist in support of the defunding movement in Seattle. As officers fled in droves due to humiliation, disrespect, and a lack of support crime skyrocketed. Hence, the city is on track to beat last year’s record-high number of homicides.