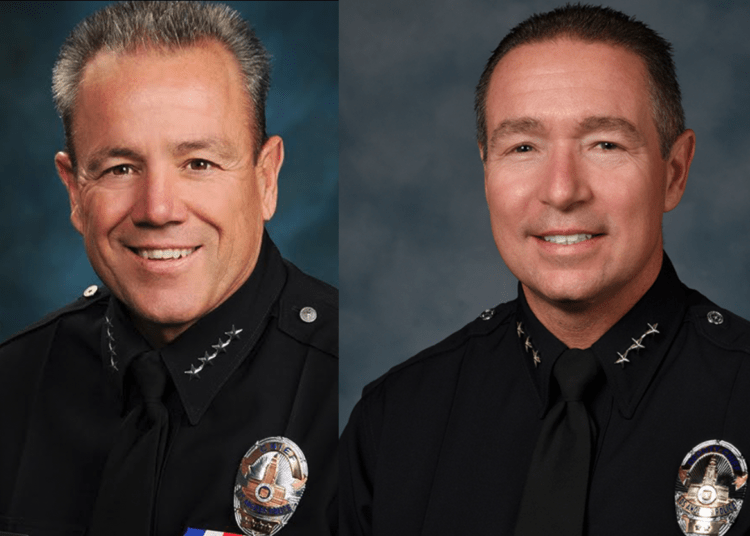 A group of LAPD commanders traveled to meet with their French counterparts Nov. 13-20 regarding security preparations for the Summer Olympics, which are planned in Paris in 2024 and Los Angeles in 2028.

The incident in question occurred on Nov. 17 at about 11:00 p.m. in Marseille. LAPD Chief Michel Moore and Assistant Chief Robert Marino were walking the streets after dinner with their wives, along with two LAPD officers as part of Moore’s security detail, the Los Angeles Times reported.

The LAPD contingent and members of the French National police left a restaurant when they encountered a man walking down the street who bumped into Marino’s wife. Afterward, she accused the man of stealing her cellphone, authorities said.

As a result, Moore’s security team chased after the man and detained him. However, the LAPD officers and local authorities quickly realized the man hadn’t taken anything from Marino’s wife, according to French police.

Now, LAPD is opening an investigation into the detention, which occurred in another country, more than 5,700 miles outside their jurisdiction, according to the Times. The names of the LAPD officers involved are being withheld.

The police contact led the man and others who were walking with him to file a complaint with the French authorities. Those complaints were then reported to the U.S. consulate, VICE News reported.

Moore called the debacle an “unfortunate incident” and apologized to local officials in Marseille for the stop, according to the Times.

The LAPD Internal Affairs investigation “will address the circumstances surrounding the incident” and the actions of the two detail officers, said Capt. Stacy Spell.

“When law enforcement officers leave the country, they don’t have any authority, even in other states,” Brian Higgins, a professor at John Jay College of Criminal Justice, in New York, told VICE. “They were outside their jurisdiction, they don’t have authority, and they were completely wrong.”

Higgins believes the “unfortunate incident” could have become explosive.

“I would have been a lot more sure of the allegations before you made an action,” he said. “Even if it was in the U.S., you should have been more sure. But to do it when you’re in another country during what we can call diplomatic efforts, it’s obviously embarrassing.”