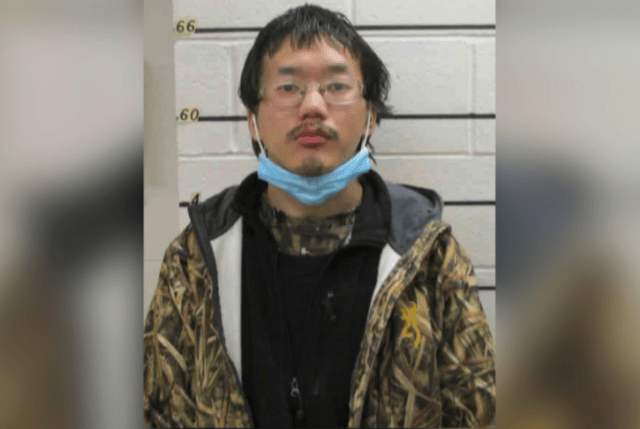 CASS COUNTY, Iowa — A heavily armed California man who was reportedly traveling cross country was stopped in Iowa with a “hit list” that included President Joe Biden and Dr. Anthony Fauci, according to officials.

Kuachua Brillion Xiong was stopped for driving aggressively on Interstate 80 in Cass County Dec. 21. He had the White House address on a GPS device and said he was on his way to “combat evils demons,” according to authorities.

A sheriff’s sergeant discovered an AR-15, ammunition, loaded magazines, body armor, medical kits, and a grappling hook, according a statement of probably cause, the New York Post reported.

Xiong, 25, reportedly found a “weak spot” to gain access into the White House by climbing over a fence using the grappling hook. The recently terminated grocery clerk from Merced, California said he would kill the president unless he complied with Xiong’s unspecified demands.

Law enforcement authorities also found cash in his vehicle that was “earmarked” for his funeral. However, Xiong told investigators that he was not suicidal and planned to use his weapons to defend himself.

In addition to Biden and Fauci, Xiong’s “hit list” also included the names of former Presidents Bill Clinton and Barack Obama, as well as Facebook co-founder Mark Zuckerberg, according to federal authorities.

“When concluding the interview, Xiong stated that nothing would stop him from carrying out his plan of gaining access to the White House and killing the persons on his ‘hit list,’” Secret Service Agent Justin Larson spelled out in the criminal complaint, the Post reported.

“He added that if released from custody he would immediately resume traveling to the White House in Washington, DC and ‘do whatever it takes to complete his plan,’” according to the federal investigation.

Xiong reportedly allowed agents to gain access to his cellphone to corroborate his statements.

Xiong is charged with making criminal threats against a former president, according to the Post. He is scheduled to appear in court on Thursday. It’s unclear if he’s facing additional charges.