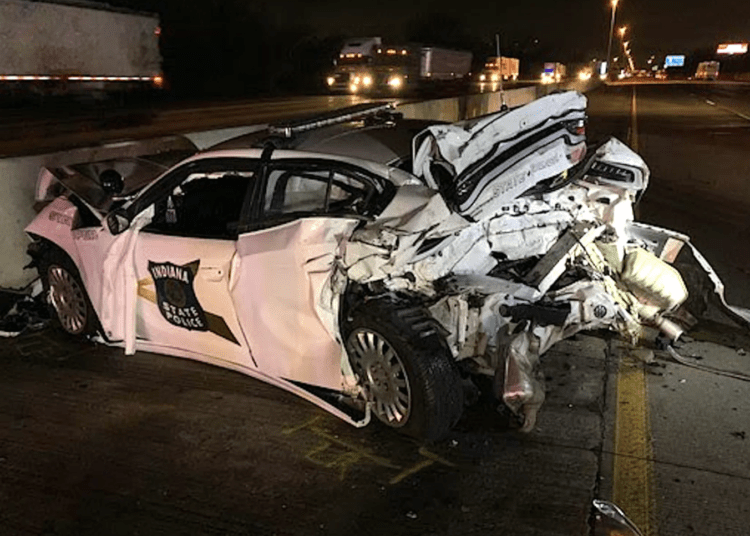 GARY, Ind. – A trooper of the Indiana State Police was seriously injured early Wednesday when a driver believed to be intoxicated rear-ended him while the trooper was at the scene of another collision in Gary.

About midnight, the trooper was parked behind a Mercedes that crashed into the center median on I-80/94 east of Burr Street, Indiana State Police said in a statement.

While the trooper was seated in a vehicle Cameron D. Geweniger, 30, sped his SUV near the median, prompting another trooper standing farther back to jump over the median to avoid being struck, state police said.

The SUV rear-ended the trooper sitting in the parked patrol unit, state police said. The impact caused the police car to strike the Mercedes as well as the median wall, Chicago Sun-Times reported.

Following the crash, two other troopers pulled their injured colleague from his vehicle, which was leaking gas, state police said. Soon after, he was rushed to a hospital in serious condition.