Sgt. Stephanie Thompson and her daughter Mya did not survive the blaze 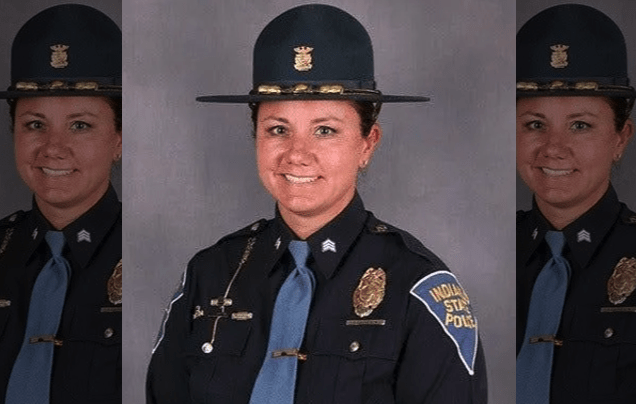 MONTICELLO, Ind. – A sergeant with the Indiana State Police and her 17-year-old daughter died in a house fire in Monticello on Thursday, according to authorities.

Late Friday, the White County coroner positively identified the two bodies found in the burned-out home as Stephanie Thompson and her daughter, Mya.

Thompson was a sergeant with the Indiana State Police. She had been on the job for 23 years, according to the law enforcement agency. Mya was a celebrated high school swimmer, Yahoo News reported.

First responders worked throughout the day on Thursday and into the evening trying to determine why the home went up in flames.

Just before 2 a.m., deputies of the White County Sheriff’s Office were dispatched along with firefighters to North Lakeshore Drive near Northwest Shafer Drive on the north side of Monticello. Officials said the house was fully engulfed upon arrival, WTHR reported.

“Just an unbelievable loss because of the type of people they were,” Brooks said.

The Thompson family are staples in the community. Stephanie was a state trooper and Mya was a standout swimmer at Twin Lakes High School. Stepahnie’s husband is a judge, Brooks said.

“Being in the positions they were, public, all their careers, so it takes a toll. The public knows who they are and they know the children. So, it’s hard for the entire county,” Brooks mourned.

“The Indiana State Police family, especially those who knew and worked with Stephanie, grieves today with the Thompson family and the entire Monticello community,” he said. “Please be respectful of the family’s privacy during this time of unimaginable grief.”

On Thursday, Debbie Metzger, Twin Lakes School Corp. superintendent, relayed the sad news in a letter to the school, according to WTHR.

“This morning,” Metzger wrote, “we received the sad news that Mya Thompson, one of our 11th grade students, and her mother, Stephanie Thompson, former TL volleyball coach, were tragically killed in an early morning house fire. We are all saddened by their untimely deaths and send our condolences to their family and friends.”

The school community spelled out “Mya,” along with a heart, with cups in the fence at the tennis court, where she also competed at the school.

“Mya, you joined our family at a fragile time as some of our group was slowly moving on to the next phase of their life. We had become slightly broken and had no idea you would be the piece to mend us back together,” the post reads. “Our lives are less full for having lost you at a time when the world was at your fingertips.”

Out of respect for Stephanie’s husband, White County Circuit Judge Jason Thompson, the county is postposing court schedules for a week.

The couple also have another daughter, Ayanna Thompson, who was not home at the time of the fire.

Judge Thompson was also out of town during the residential blaze, according to the Herald Journal. 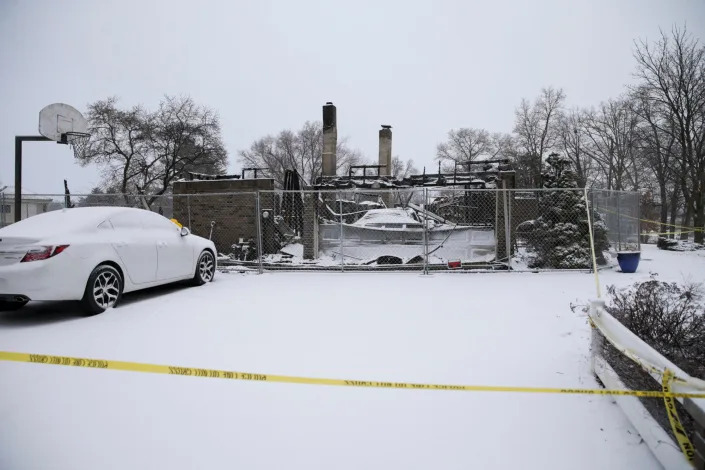 Police tape surrounds a home on North Lakeshore Drive in Monticello where ISP Sgt. Stephanie Thompson and her daughter Mya died in an early morning fire on Thursday. (Image via Yahoo News)

The sheriff said the community will never be the same.

“That’s why this is going to hit so hard. Everybody knew them,” Brooks said.