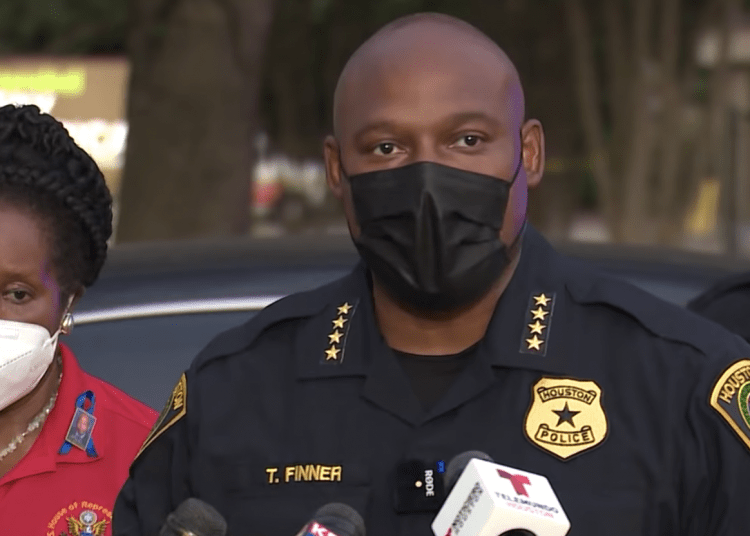 UPDATE: The victim in Saturday’s fatal shooting in Houston has been identified as a veteran New Orleans detective who was part of a well-known social club visiting the area.

Everett Briscoe, 41, was eating with a group at Grotto Ristorante, an upscale eatery in the 4700 block of Westheimer when two men approached with guns drawn. While the group complied with their demands, one of the suspects opened fire, hitting Briscoe and another person, ABC 13 reported.

“He was just out there having fun with friends, getting some much-needed rest and relaxation,” New Orleans Police Superintendent Shaun Ferguson said Sunday. “He worked tirelessly.”

Briscoe died at the scene. The other victim was last listed in critical condition at a local hospital.

“He was a great officer, a great detective, a great friend,” Ferguson said.

Mayor LaToya Cantrell tweeted her condolences for the Briscoe family.

We’re all mourning with the Briscoe family- the loss of Detective Briscoe, who will never be forgotten. pic.twitter.com/nRceHRuBMP

Briscoe was a member of the Zulu Social Aid & Pleasure Club, a New Orleans organization known for its elaborate Zulu parade each year during Mardi Gras. He was in Houston with other members of the group.

Briscoe is survived by his wife and two children, according to ABC.

HOUSTON — The Houston Police Department is searching for two suspects accused of fatally shooting an off-duty New Orleans police officer as well as wounding a second person in a brazen restaurant patio shooting, according to reports.

The homicide occurred about 5 p.m. when armed suspects demanded that people surrender valuable belongings while dining at the Grotto Ristorante, FOX 26 in Houston reported.

Although diners reportedly cooperated with suspect demands, one of the gunmen opened fire, striking the victims.

The unnamed off-duty officer was pronounced dead and the second victim was rushed to an area hospital in critical condition, according to KHOU-TV.

HPD released suspect and vehicle information as they seek help from the public to solved the deadly crime, Fox reported.

UPDATE: Surveillance photos of 2 black male suspects and wanted vehicle, a silver/gray Nissan Altima with paper tags. They are wanted in this fatal shooting of an off-duty @NOPDNews officer.

Please call HPD Homicide 713-308-3600 with info or give tip for reward to @CrimeStopHOU https://t.co/Xatung6LDN pic.twitter.com/jBFhsK82yC

“It makes no sense,” Houston police Chief Troy Finner said at a news conference, according to KHOU. “We’re gonna stand together as a city. You look at the stats over the last couple of weeks, crime has been going down a little bit and we want to continue to do that. But right now, I’m not worried about the status … [I’m] worrying about getting these two individuals because I don’t want them to be a reflection of our city.”

Although the victims have not been publicly identified, Finner said the off-duty officer was a father of two and a “well respected” member of the New Orleans Police Department, according to FOX 26.

“We’re better than this,” Finner exclaimed as he said they would not allow “a few little thugs tear down our city.”

“I want everybody in the neighborhood to stand up, so we can get justice,” Finner said.

“We have been made aware of this incident. We are certain the Houston Police Department will work diligently to find the perpetrators of this terrible crime.

“I want to thank Houston Police Chief Troy Finner for his strong words of support tonight.

“I would also ask that you pray for the NOPD family as we begin to understand the enormous loss we have suffered.

“At this point, we will not be identifying the fallen officer and we ask that you respect the privacy of his family at this terrible time.”

I would also ask that you pray for the NOPD family as we begin to understand the enormous loss we have suffered.
At this point, we will not be identifying the fallen officer and we ask that you respect the privacy of his family at this terrible time. 2/2

Police are asking anyone with information that could assist the investigation to call Crime Stoppers of Houston at 713-222-TIPS (8477).