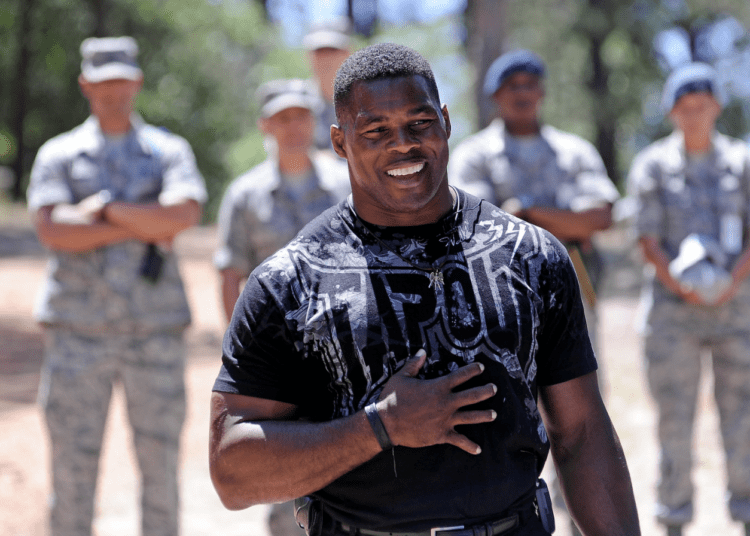 Walker, who graduated his high school as the valedictorian and won the Heisman Trophy in 1982 to become the only player in NCAA history to finish in the top three in Heisman voting in all three of his collegiate seasons, stated, “For the first time in a long time I stopped in the middle of my workout because last night I saw something that really, really disturbed me. I saw a bunch of people holding a BLM sign burning the Holy Bible. Burning the flag of the United States of America, also burning a cross. And I started thinking that NFL, NBA, WNBA, MLB: is this the people you’re supporting right now? Is it the movement? Is it the organization? Because I don’t think that’s right.”

“Maybe, Washington: we cannot continue to sweep stuff underneath the rug, ’cause sooner or later we’re gonna stumble,” he continued. “People, are we being fooled?”

Walker isn’t just a former football player. He is also a former collegiate track star, Olympic bobsledder, and MMA competitor. But more on topic, he’s a U.S. citizen with a patriotic response to the nonsense that is undermining American values.

On Friday night, leftist activists in Portland burned American flags and Bibles in the streets outside the federal Mark O. Hatfield Courthouse.

Left-wing activists bring a stack of Bibles to burn in front of the federal courthouse in Portland. https://t.co/lYWY0x8n8P

On July 22, Walker asserted what used to be common knowledge, but seems to be forgotten lately.

“If you go to Russia, China, or North Korea, and decided you wanted to change their flag, anthem, and way of life … You’d probably be locked up or never be seen again,” Walker tweeted. “But you can come to the USA & have your freedom of speech, so don’t change us into them.”

If you go to Russia, China, or North Korea, and decided you wanted to change their flag, anthem, and way of life … You’d probably be locked up or never be seen again.

But you can come to the USA & have your freedom of speech, so don’t change us into them.

Appearing on Fox News with Judge Jeanine Pirro over the weekend, Walker talked about people being afraid to speak out.

“You have so many people today afraid to speak out because of what they’ll be labeled as. I’ve been labeled as so many names; people have called me so many names. We’re fighting for America right now. We’re fighting for America. Do not be afraid to speak out for what is right. What is right is — we don’t defund the police. Let’s be real. If you want to win a Super Bowl, you don’t take money away from your team; what you do is go out and pay players more money to get a better team … you put more money in; you don’t take money out.”

.@HerschelWalker reacts to NBA players taking a knee during the National Anthem and protesters calling to defund the police. Check out what he has to say. pic.twitter.com/IVf8NzHczb

Moreover, the one-time sports great has no stomach for hypocrisy, either. After Rep. Alexandria Ocasio-Cortez criticized Rep. Ted Yoho for allegedly using an off-color word to refer to her (a contention Yoho denied), Walker tweeted, “Sorry @AOC that @TedYoho called you out of your name, but your credibility is in question because you didn’t say a word when @Rashida Tlaib called the president a mother f***er.”

Yoho stated, “Having been married for 45 years with two daughters, I’m very cognizant of my language. The offensive name-calling words attributed to me by the press were never spoken to my colleagues and if they were construed that way, I apologize for their misunderstanding.”

Sorry @AOC that @TedYoho called you out of your name, but your credibility is in question because you didn’t say a word when @RashidaTlaib called the president a motherf***ker. @CNN @DonaldJTrumpJr @FoxNews @MSNBC @POTUS

Walker was an early supporter of Donald Trump in 2016. “There’s no doubt I’d be willing to help,” Walker told TMZ Sports in November 2016 in reference to potentially working with his administration. “I want this country to continue being the best country in the world. I’m tired of people taking advantage of this country. I’m tired of people not realizing this is the best country in the world.”

When he saw protests around the country after Trump was elected, Walker said, “It’s sad right now to see protesting going on because this was an election, which is something that is wonderful about this country. We have a chance to pick out a leader and at that time go with him,” the Daily Wire reported.

Walker supported Georgia GOP Secretary of State Brian Kemp in his successful gubernatorial campaign against Stacey Abrams in 2018, asserting, “I am proud to stand with Brian Kemp as our next Governor. He is the clear choice for a stronger, safer and a more prosperous future. Please join me in supporting Brian Kemp as the next ‘Head Coach’ for the great state of Georgia!”