Grandmother who violated mask mandate sentenced to year in jail 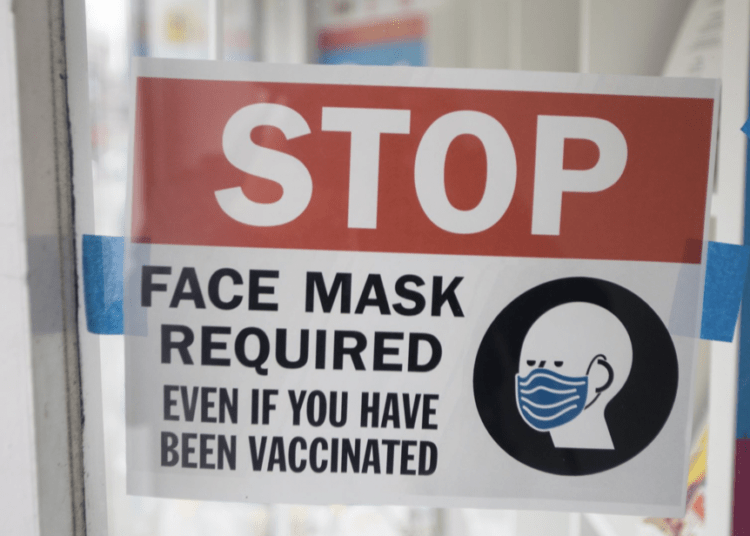 Margaret Buttimer, a 66-year-old grandmother, will spend this Christmas behind bars after being sentenced to one year in prison for violating Ireland’s mask mandate. Six months of the sentence will be suspended according to Breitbart News.

The grandmother was initially imprisoned last week after violating her bail terms to stay away from stores when she went Christmas shopping.

According to a report by the Irish Examiner, Buttimer was sentenced after being found guilty of not wearing a mask in a restaurant. 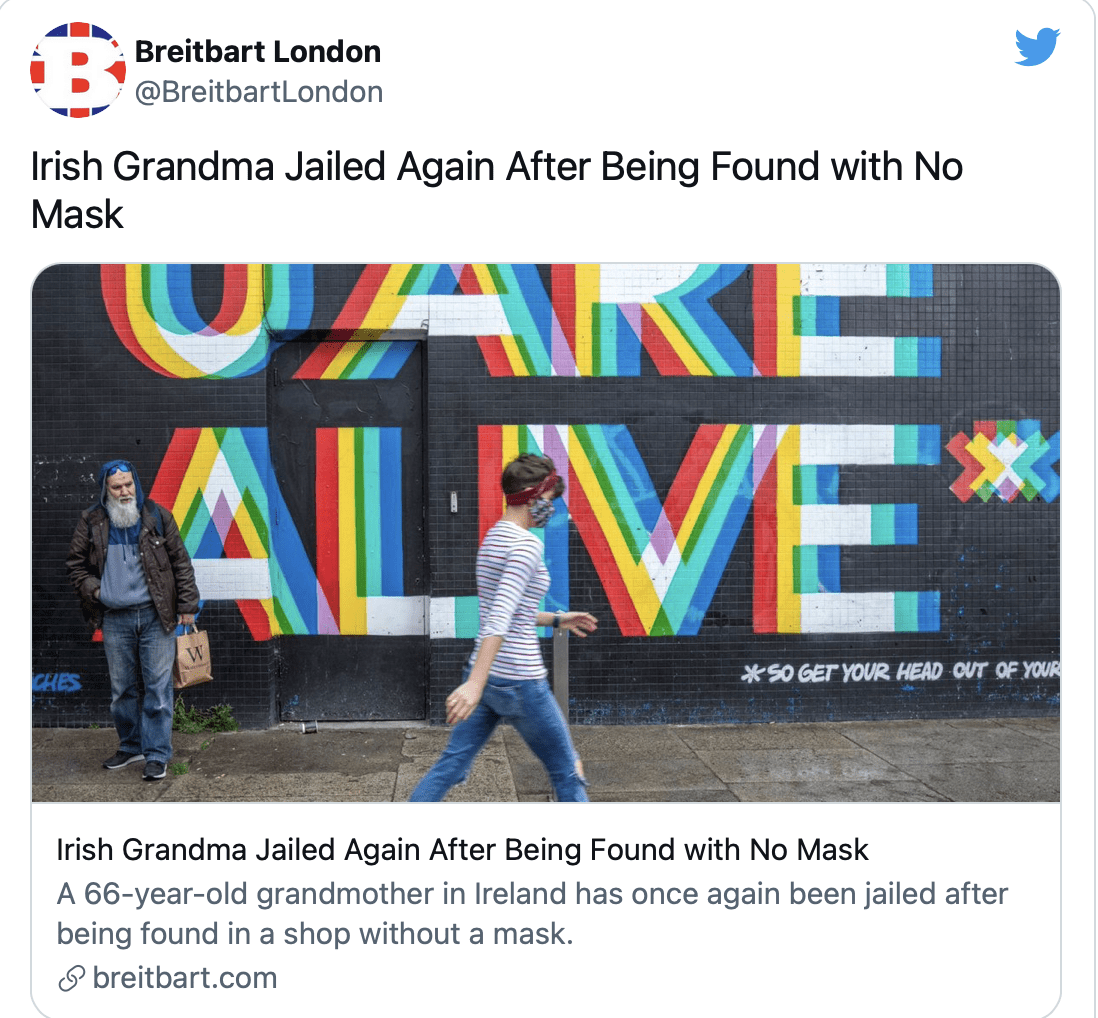 The judge presiding over the case made reference to what he called the grandmother’s “absurd selfishness” and “willful disregard of others”.

The judge refused to sentence Buttimer to community service.

Buttimer had no previous convictions prior to the pandemic, according to the Irish Independent.

The wearing of face coverings in shops, restaurants, and public transport has been mandatory in Ireland since last year.