Did the recruit cheating scandal play a role? 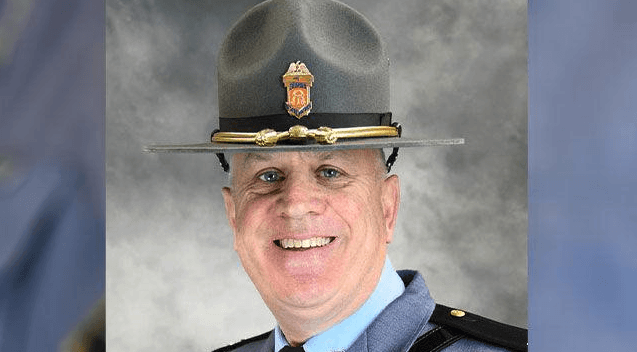 ATLANTA — Department of Public Safety Commissioner Mark McDonough announced his retirement Thursday, a decision thrust upon him after a meeting with Gov. Brian Kemp.

McDonough, appointed to lead the state patrol in 2011, said Kemp informed him on Wednesday that he was seeking new leadership for the department.

According to McDonough, the governor did not cite a reason for the change. Nevertheless, the department head announced his decision at the public safety commission’s monthly meeting, AJC reported.

“My family and I thank Colonel McDonough for his dedicated service, leadership, and sacrifice,” Kemp said in a statement. “We wish him the very best in the years ahead.”

Breaking: in wake of GSP cheating scandal Col Mark McDonough resigns as Commissioner of Public Safety – he tells me @GovKemp asked him to resign his position pic.twitter.com/mwrdo3N8sa

The recent cheating scandal that cost 30 newly hired state troopers their jobs appears to have played a role in the change of command.

McDonough told WSB-TV as a naval academy graduate, he was trained that the person at the top bears responsibility.

“The person at the head is ultimately responsible,” he said.

“The governor made a clear indication he is moving in the direction of new leadership. That’s what we elected him for,” McDonough said. “He’s my commander in chief, hence you take the action I took. You get out of the way.”

McDonough told the board that a complete internal audit of GSP training is now underway after the cheating scandal, WSB-TV reported.

The dismissals followed a months-long investigation into claims by a woman, involved with one of the members of the 106th Georgia State Patrol trooper class, of widespread cheating on speed detection exams. Every cadet had cut corners, she alleged.

The initial investigation with the cadet showed he had given his name and password to a citizen to essentially take the course for him,” McDonough told FOX 5 shortly after news of the dismissal broke.

Taxpayers paid $1,837,383 for the 33 cadets, GSP said.  Among other things, the cost includes salaries, ammunition, and room and board.

Eventually, all members of the class, which graduated last August, admitted they had gamed the system. McDonough said more supervision was needed and requested an audit by the Georgia Peace Officer Standards and Training Council.

“It’s a punch in the gut,” McDonough told reporters at a January press conference. “Our whole mode is to produce an officer the public can trust. This goes to our core values.”

Kemp’s decision didn’t come as a surprise to the former Marine combat pilot, who joined the state patrol in 1995.

“I’ve been fortunate to have this job longer than anyone else,” he said. “Eight-and-a-half years set the record so I have nothing to complain about.”

The governor’s office said it has no details yet on who the governor will announce to take McDonough’s place.