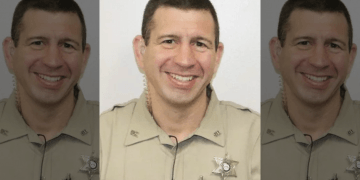 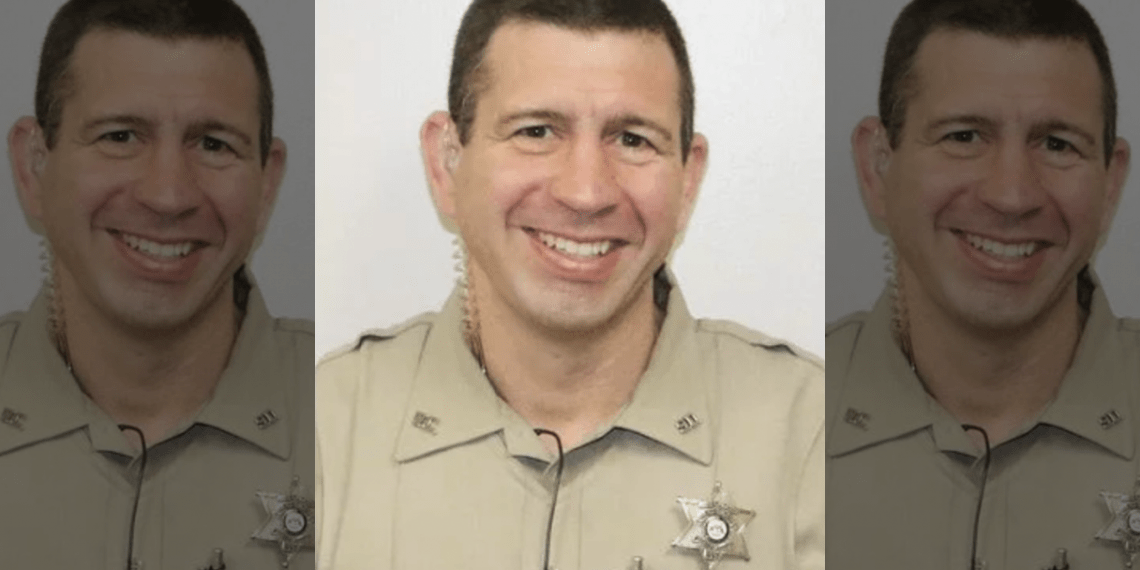 WHITFIELD COUNTY, Ga. — A Whitfield County Deputy transporting a prisoner came upon a serious crash. He is credited with rescuing eight people by himself in the pouring rain.

The collision occurred in December, while Deputy Shawn Giles and fellow Deputy Andy Center were on their way back from Turner County, returning an inmate to Whitfield County, reported News Channel 9.

Traveling in front of them, an 18-wheeler jackknifed and slid off I-75 near the I-75/I-475 split, with the front wheels of the tractor jumping over the guardrail. As a result, the tractor-trailer knocked two other vehicles off the highway and down an embankment, according to the report. Consequently, the serious collision trapped a young girl in a car that wound up on top of a vehicle with a family of seven inside.

“Traffic had slowed down for another wreck, and this truck I guess didn’t see it in time,” Giles explained. “I don’t know what happened – he jackknifed and just slid right into them and knocked them through the guard rail and down the embankment. I saw the crash happen – Andy was driving, and I said, get them blue lights on and get up there. That’s bad, that’s bad. I’ve worked traffic most of my career, almost 20 years, and I’ve seen a lot of accidents, a lot of fatalities, and I really thought somebody was dead in that one. The embankment doesn’t show as big in the picture as what it was – the cars rolled about three times, I think.”

While Center remained with the prisoner, Giles rushed down the embankment as a cold rain continued to come down. His assessment revealed all occupants of both vehicles still alive, but in imminent danger.

“I got in the bottom car first because there was kids in there,” Giles said. “I got half of the family out, and gas was just pouring in on top of us. I knew the top car had been smoking as I was coming down the embankment. That was the first time I’ve had to go: Do I want to die today because this could be a good chance. That was a scary moment, probably one of the only times I’ve had to check myself, but I just told myself to get back there and get these kids out.”

Once the family of seven had been freed, Giles turned his attention to the girl still trapped in the top vehicle, as he remained the sole first responder able to assist.

“She was going in and out (of consciousness) on me,” Giles said. “I told her, girl, you gonna have to help me because it’s just me and you. The car was stuck up on an angle, and it was awkward getting her out. I’m standing on top of the one on the bottom, trying to get her out the driver’s side. She was crawling out, and she finally got enough gumption to help me get her out of the car.”

He says he doesn’t know how long the rescues took him “because I was trying to stay focused and calm and they were just screaming, Mom and Dad screaming and yelling. Dad’s brother was in a car in front of them, so he and his wife had stopped and were out there screaming and yelling because of the baby trapped inside. Everybody’s cut, everybody’s hurt, it was mass hysteria for about 20 minutes because it took EMS a minute to get there. I’m telling you, for about the first 20 minutes, it was me down there getting them out. That’s when everything really went crazy – everybody’s sorta coming to and understanding what’s happening, screaming and going crazy, and rightfully so because they had five kids in there, from infant to I think the oldest ones were maybe 11, 12, 13.”

Giles explained that the weather conditions hindered the rescue. “It was pouring rain, it was freezing, it was so cold!” he said. “I was out there for about 40 minutes till the state trooper got there. I had to give the girl (in the top vehicle) my coat because she was starting to go into shock. When I finally got back in our car to write my information down, I couldn’t even write, my hands were so cold! I told Andy, you’re gonna have to write this for me – I can’t write it!”

While Giles downplayed his actions after the crash, he did admit he was proud of himself for remaining calm in the hectic scene, News Channel 9 reported.

“I guess it’s all these years of dealing with situations like that,” he said. “I was extremely calm, I mean extremely calm, even to the fact that I was talking to the mom, she was the second one I got out after the dad. I had to go in through the front windshield – it was gone, busted out, and mom is just screaming, and I remember saying, ‘I got you. We got everything. Just relax, go easy. Just take a deep breath. We got it’ in a calm voice to her. When it was over, I thought, ‘Shawn, that was good.’ Once everything calmed down, Dad couldn’t even stand up, I don’t know if it was from something hurting or just shock.”

Reflecting on the dramatic day, Giles didn’t take into consideration that the collision occurred miles outside his jurisdiction of Whitfield County. “After all these years, reacting to stuff like that, you just go to work. It doesn’t matter if it’s South Georgia, here, you just go to work.”

He could have been in Whitfield County, but fortunately for those eight victims of a rainy day crash, Giles was heading back on I-75 with a prisoner.

As he puts it, “The Good Lord put me in the right place at the right time on that one. He made it work out – things have a plan. We’re on His time.”