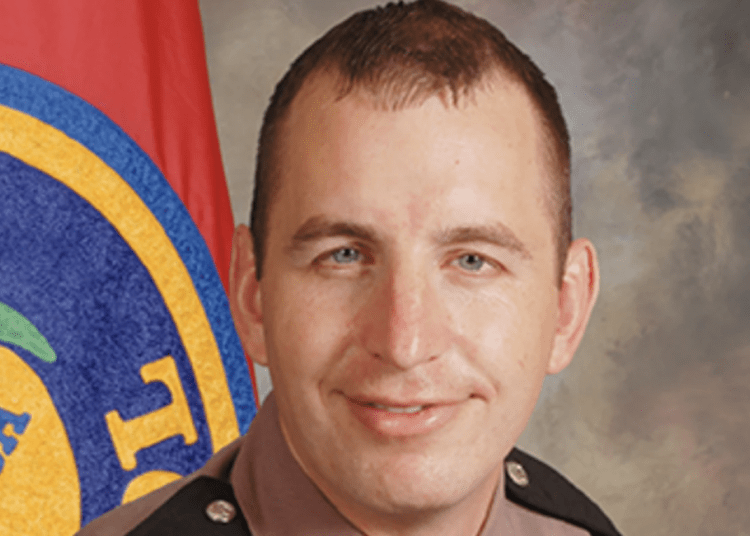 NEAR STUART, Fla. — Interstate 95 near Stuart was completely shut down due to an officer involved shooting that ended with at least two people dead, including a Florida Highway Patrol trooper.

As a result of the shooting, there was a heavy law enforcement presence seen at mile marker 107 on I-95, including a mobile command center, following the fatal shooting just after 11:30 a.m., Wednesday.

Consequently, the Martin County Sheriff’s Department shut down both north and southbound lanes of I-95 at mile marker 107, WSVN reported.

Details were scant, although a statement released late Wednesday afternoon, FHP identified the trooper. They said, “Today, the entire Florida Highway Patrol and FLHSMV family is heartbroken as we mourn the tragic loss of Trooper Joseph Bullock, a nearly 19-year veteran of the Florida Highway Patrol who chose to make selflessly serving and protecting others his life’s work.”

In a tweet sent earlier in the day, the sheriff’s office said they expect to have the highway closed for several hours.

I95 at 107mm will be shut down in both directions for several hours due to officer involved shooting. Investigators are assembling. Please avoid area. pic.twitter.com/8X78TZQtlW

A local news helicopter flew over the scene where a tarp covering a body could be seen next to the driver’s side of a Florida High Patrol cruiser with its door open.

Not far away, near a tow truck, there was a second tarp covering another body, WSVN reported.

Officials have not confirmed the identity or roll of the other person killed in the shooting.

Moreover, there were two tractor trailers at the scene. It was unknown if they were involved.

According to FHP, Bullock was also an USAF veteran.

UPDATE: Trooper Bullock was fatally shot by a stranded motorist who was then killed by another officer, authorities said.

The 19-year veteran had been with the suspect for several minutes alongside Interstate 95 before the shooting, said Col. Gene Spaulding, the highway patrol commander.

“People don’t realize when you approach a car, even a disabled vehicle or a car on a traffic stop, you are worried about not only what is inside that car and what danger is waiting for you, you are also worried about the 80,000-pound tractor-trailers that are barreling down the highway behind you,” said Spaulding.

Authorities said the unnamed suspect was killed by a passing police officer from Riviera Beach, which is about 30 miles from Palm City. Officials declined to say what the officer was doing in the area, the New York Post reported.

No other information about the shooting was released and the investigation is ongoing.

Spaulding said Bullock is the 49th Florida trooper to die in the line of duty in the agency’s 80-year history. The last was Trooper Tracy Vickers, who was killed in a traffic crash in September near Orlando.