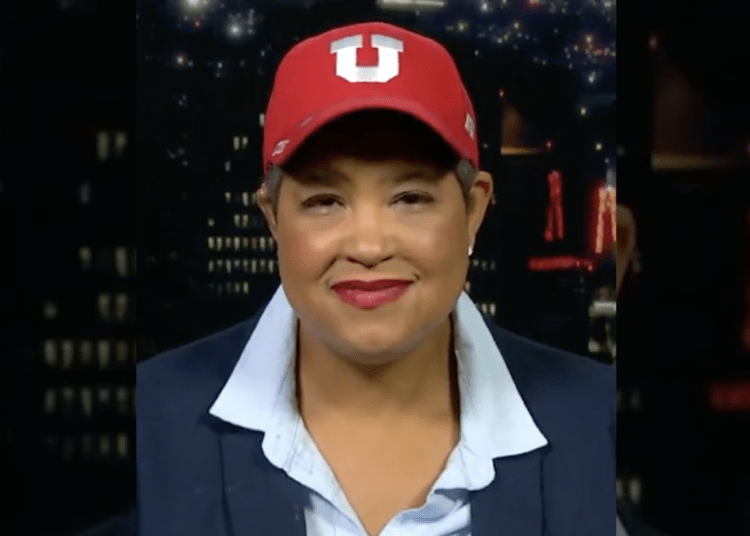 In an offensive Facebook post to patriotic American’s, particularly on the Fourth of July, Utah’s Black Lives Matter Chapter declared the American flag “a symbol of hatred.”

“Ever since we put up the post, our page has been flooded with hatred from people who fly the flag,” she said. “And we want to thank those people for proving our point.”

Scott said that those who are offended by her group’s statement should take it up with hate groups like the KKK, which she said proudly wave the flag at their rallies.

“I would ask those people if they ever showed outrage when the Ku Klux Klan marched down the street holding that flag, if they ever showed outrage last week when Patriot Front, a White supremacist group, was marching through Philadelphia holding that flag, if they feel outraged that the Three Percenters have co-opted their flag, that the Proud Boys have co-opted their flag,” she said. “If they have never shown outrage when hate groups use their symbol for hatred, then they need to not come to us – they need to go directly to those groups. When you allow a hate group to fly that flag in the name of hatred, and you say nothing, and you do nothing, you send a message to us that you agree with their messaging. You agree with that hate, and you condone it.”

Scott said she wrote a follow-up message on the BLM Utah chapter’s Facebook page, which outlines the argument in greater detail, Fox reported.

Scott argues that anyone who cares about the flag should also defend it from hate groups that use it as a symbol.

“I want you to walk in my shoes for a second,” she wrote. “I want you to picture this. You show up for a protest, and hundreds of armed White men show up. They have guns, they yell racial slurs at you, they are carrying and wearing American flags.”

Moreover, Scott says she receives hate messages on social media daily. She claims many of the senders have American flags on their profiles.

“If you see that every person that hates you is carrying an American flag how would you feel about that flag?” she continued. “I feel fear. That is not up for debate. I feel like the person flying it is racist, because every racist that I have come in contact with is either wearing that flag or flying that flag. I feel as if I should avoid that person because they may be dangerous.”

Scott’s argument is much the same as a person who claims to hate God because someone at church did something offensive or evil. God is not the author of wrong-doing by an individual who has been given free will, and the flag is not a “symbol of hatred” just because it is in the possession of a hater. Making this argument misses the true and historical representation of America’s flag, which cannot be co-opted by bigots or redefined radicals.

The American flag is “a living symbol of my nation’s law: the Constitution of the United States and the Bill of Rights,” wrote Ruth Apperson Rous. It “represents these eternal principles: liberty, justice, and humanity. … It is “your title deed of freedom, which is yours to enjoy and hold in trust for posterity. … Guard (the flag) well, lest your freedom perish from the earth.”