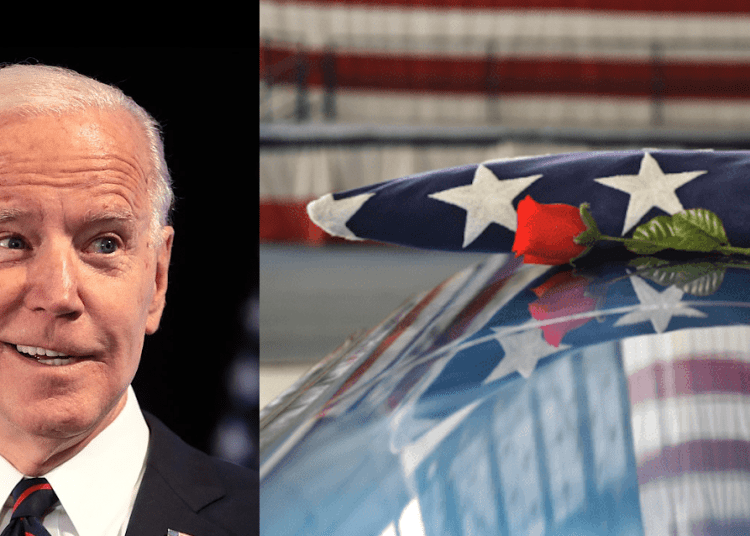 However, the day before the event, Biden’s proclamation was revised, directing the flags to be flown at “full-staff”—yet ironically, still kept the word “honoring” in his statement. 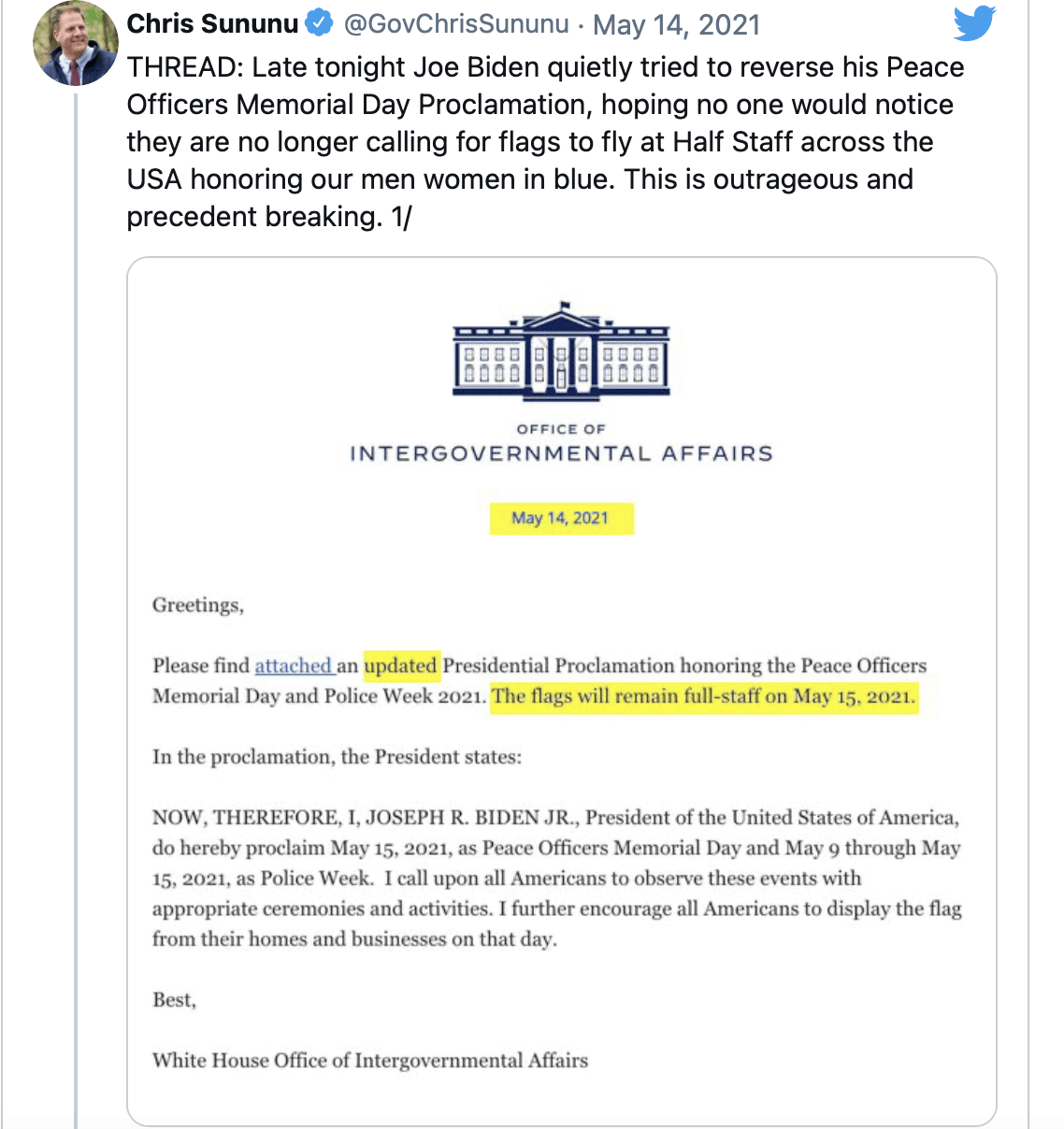 “Late [Friday night] Joe Biden quietly tried to reverse his Peace Officers Memorial Day Proclamation, hoping no one would notice they are no longer calling for flags to fly at Half Staff across the USA honoring our men women in blue,” Sununu tweeted. “This is outrageous and precedent breaking.“

Sununu said his state will continue to honor the men and women who have died or been injured in the line of duty by flying flags at half-staff on Peace Officers Memorial Day as they have always.

“New Hampshire’s law enforcement are the best in the country, and they are owed an explanation for this sudden reversal,” he said. “I call on New Hampshire’s congressional delegation to join with me in rejecting this disrespectful decision.”

Peace Officers Memorial Day is held annually on May 15th in honor of federal, state and local officers killed or disabled in the line of duty.

While the Biden Administration did not offer an explanation or details about the reversal “honoring” the Peace Officers Memorial Day, this year the day honoring peace officers coincides with Armed Forces Day, held on the third Saturday in May. According to the U.S. flag code, “The flag shall be flown at half-staff on Peace Officers Memorial Day, unless that day is also Armed Forces Day.”

New Hampshire Governor Chris Sununu stood by his criticism saying that he agrees it is appropriate to honor the nation’s armed forces, he found it odd that the decision was made without any explanation.

“The fact remains that it was a disrespectful act by the president to reverse his directive to lower flags at 6 p.m. the night before, without even an explanation to law enforcement or their families who were expecting for their losses to be honored today, and with no reference made at all to Armed Forces Day,” he said.

Armed Forces Day and the adjoining flag protocol has been in existence for 70 years.