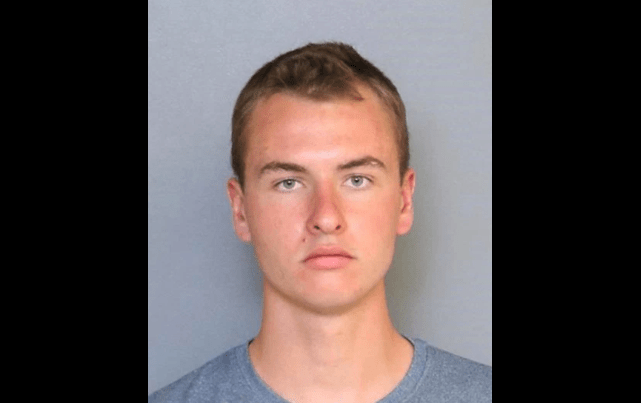 ST. CLOUD, Fla. — A Florida man turned himself in after police said he recorded a Snapchat video as he drove through a red light just before causing a double traffic fatality last October. A woman and her teenage son died as a result of the collision.

Hunter Black, 20, is charged with two counts of vehicular homicide and driving on a suspended license, St. Cloud police said.

Alys González, 41, and her son Aliandro Conde, 15, were heading home from making food deliveries Oct. 26, police said. They died at the scene. Black was taken to a hospital with a concussion and a broken rib, the Orlando Sentinel reported.

Black is being held without bond. His attorney, Lia Hartwell, said he’s cooperated “every step of the way.”

Black uploaded a 24-second video to Snapchat moments before colliding with González’s Jeep, which appeared in the video as he sped past, according to law enforcement authorities.

The video was shown to police by Black’s friend, who said he saw it and began tracking Black’s phone, the Sentinel reported.

Investigators obtained a warrant to access videos that were stored via Apple iCloud. They revealed Black had recorded himself running stop signs and speeding more than a dozen times, a police report said.

According to WFLA, court records show Black had appeared in court five times for traffic offenses.