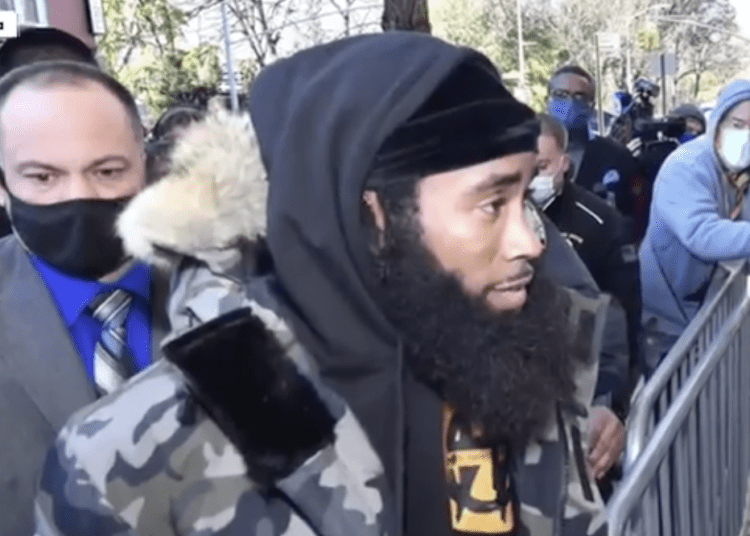 The relatively unknown Brooklyn man — real name Christopher Dupree — tried to capitalize on his newfound fame after appearing in several news stories on Tuesday, including Law Officer. As a result, he reportedly called around Wednesday to seek an endorsement deal.

Dupree called one Manhattan firm Wednesday saying he “wants to wear apparel while getting arrested if any brand will pay him,” a worker told The Post on condition that they and their firm not be named.

The rapper added that he’s “looking for a PR firm who wants to maximize on all the publicity he’s gotten,” the insider said.

Dupree shot to viral fame on the strength of a social-media video that saw him scale an MTA bus in Bedford-Stuyvesant on Nov. 8 and shoot a flamethrower into the night sky as part of a stunt for a Wu-Tang Clan tribute video.

On Wednesday, Dupree surrendered to police at the 79th Precinct in style, pulling up in a black Porsche Cayenne and wearing an outsize Canada Goose jacket.

The outerwear company didn’t immediately respond to an inquiry asking if Dupree had sought or received an endorsement deal.

“It was for the art, man,” Dupree told reporters as he was brought into the precinct. “Everything was in a safe and controlled environment. It’s for the art. It’s for Wu-Tang.

About 25 passengers were aboard the bus at the time, and while none was injured, the police union officials blasted the spectacle as another example of urban decay, New York Post reported.

Dupree was charged with reckless endangerment and criminal possession of a weapon, though flamethrowers are legal in New York State.

“This was artistic expression in a controlled environment where no one was hurt,” said Cary London, an attorney representing Dupree.

NYC Out Of Control: Man Shoots Flamethrower From City Bus