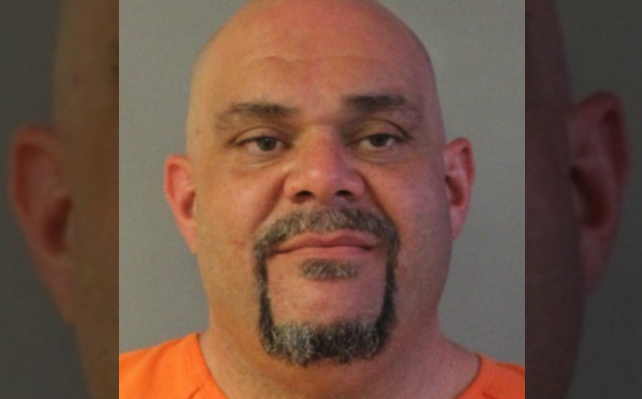 POLK COUNTY, Fla. — A Florida man is accused of sexually violating and robbing someone he apparently met online after implying he was a police officer who “had other officers outside,” the local sheriff’s office said.

Law enforcement received a call from a man saying he was attacked by someone he had been speaking with through a dating website, who was identified by authorities as Simmons. The pair had planned to meet at the Stay Plus Inn in Haines City, the sheriff’s office said.

But when Simmons arrived, he “pulled out a fixed blade with a brown handle from a sheath attached to his belt and told the victim to strip naked and lay on the bed,” the sheriff’s office said.

Simmons is not believed to have specifically said he was a police officer or a member of law enforcement, but his words and actions implied it, PCSO spokesperson Alicia Manautou told Fox News on Thursday.

“The suspect told the victim that he was with the narcotics unit and he had other officers outside the room,” the sheriff’s office said. “During the encounter the suspect also pretended to talk on a radio to other individuals.”

Today's #CriminalOfTheDay is Thomas Simmons, who responded to an online dating ad, then committed armed sexual battery & robbery on the victim at a hotel. He is a scary & violent man. Read the release: https://t.co/LO8PP5t8Ph pic.twitter.com/AuqtY8FXOf

Simmons is accused of removing his clothes and then sexually battering the man, according to the report. He then “told the victim that he had ‘agents’ going to the victim’s sister’s house and they were going to ‘get her as well,’” the sheriff’s office said.

Investigators later tracked him down at his girlfriend’s Winter Haven home, where they recovered the victim’s stolen belongings and the knife believed to have been used, according to authorities.

Simmons initially gave police the wrong identity, but eventually disclosed his true name. He “admitted to meeting someone for sex earlier at the Stay Plus Inn in Haines City” and to “taking the victim’s belongings without permission,” PCSO said.

“This was the act of a violent criminal with a criminal history, and the outcome could have been much worse,” Sheriff Grady Judd said. “I encourage anyone using online dating services to be cautious. Meet with strangers in a public place, like a restaurant, and never give out your personal information like your home address until you at least get to know that person better. Another safeguard is to tell a trusted loved one where you are going, and set up a time to check in with that person, just in case.”

Jail records show Simmons was also wanted on warrants at the time of his arrest and violated his parole, Fox reported. He remained in custody without bond until a Thursday court appearance.