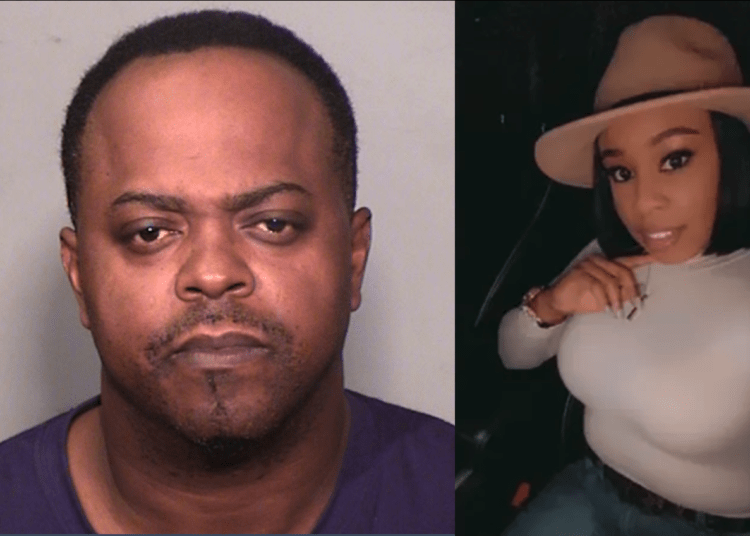 MILWAUKEE – A fugitive in Wisconsin who is charged with killing his ex-girlfriend last week, was free on bail while awaiting his sentence after pleading guilty to sexually assaulting a 13-year-old girl. The judge in the sexual assault case denied the prosecutor’s request to hold him in jail until his sentencing, according to reports.

Prosecutors say Ernest Terrell Blakney, 47, killed his ex-girlfriend, Nikia Rogers, 36, and set his Milwaukee home on fire on Aug. 25, among other crimes that occurred afterward, according to FOX 6.

Both the Milwaukee police and fire departments responded to the residence shortly before 4:30 a.m. regarding a “house fire” and discovered a victim inside. The deceased woman was later identified as Rogers.

However, Rogers didn’t perish from the blaze. An autopsy revealed she died from gunshot wounds to her back and head. As a result, her death was ruled a homicide.

Prosecutors and the family of the young girl asked Milwaukee County Circuit Court Judge David Borowski to remand the convicted child rapist to custody. However, the judge denied the motion and Blakney remained free on $5,000 bail originally posted in 2021, according to WISN.

Prosecutor Sam Tufford told the judge the state planned to seek six to eight years in prison at his sentencing and asked that Blakney be taken into custody immediately. Instead, Borowski allowed him to go free.

Blakney was due in court for sentencing on Oct. 20, but now he is on the run after reportedly committing a series of crimes, including the homicide.

As police continue their search for Blakney, they also believe he committed several other crimes in his wake.

The criminal complaint stacks up evidence against Blakney leading to the belief that he murdered Rogers. It also states he could have started the fire in any of the following four places: a detached garage, the first floor, the basement and Rodgers’ body.

Both the Milwaukee police and fire departments went to the home shortly before 4:30 a.m. for a “house fire” call, but discovered a homicide victim, which was later identified as Nikia Rogers, 36. (Screenshot FOX 6)

A witness who said he knew Rogers, said Blakney was “crazy” and said that he received a text message from a phone number, which belonged to Rogers, after first responders were alerted to the residential fire, saying, “You should have left her alone.”

The witness replied “excuse me.” The response came back, “she dead,” adding that he knew Blakney by his middle name, Terrell, and texted the phone number “This Terrell?”

“Yes,” the number said in response, the complaint says.

Yet another witness said he spoke with Blakney on the phone after the murder occurred, stating that Blakney said he was “sorry,” without an explanation.

As the dialogue continued, the witness asked why Blakney was sorry. The accused killer responded “she made me do it” and eventually said “I shot her,” according to the criminal complaint.

The witness said he tried to calm Blakney down and convince him to turn himself in, but he refused and left.

As Blakney apparently fled from the arson/homicide scene, he came across a man repairing a bulldozer at a construction site. He heard “metal collapsing,” and then saw Blakney, armed with a gun and demanding keys to a truck.

Construction site where worker was robbed and reportedly forced into trailer at gunpoint. (Screenshot FOX 6)

Following the robbery, the man was locked inside a trailer as Blakney made his getaway. The victim managed to free himself from the trailer and call 911.

The stolen truck is described as a blue Chevrolet Silverado with Wisconsin plates DH21644. It has not yet been recovered at the time of publication.

Blakney is being charged with the following crimes:

According to FOX 6, the Milwaukee Police Department continues to look for Blakney. Anyone with information is asked to call the police at 414-935-7360; to remain anonymous, call Crime Stoppers at 414-224-TIPS or use the P3 tips app.