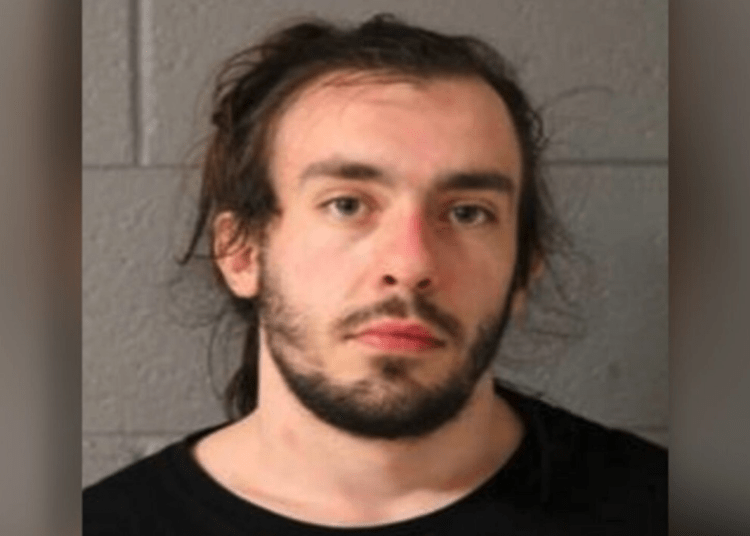 Vincent J. Sessler, 25, has been charged with disorderly conduct, reckless conduct, and battery to a peace officer. (Illinois State Police)

CHICAGO — An employee working at a Dunkin’ Donuts in Chicago was arrested last week after a state trooper found “a large, thick piece of mucus” floating inside his cup of black coffee, Illinois State Police said.

An Illinois State Police District Chicago trooper purchased a large cup of black coffee from the Dunkin’ Donuts shop at 6738 West Archer Avenue around 10:20 p.m. Thursday night. Since the coffee was “extremely hot,” he removed the lid to cool it down. When peering inside, the trooper saw “a large, thick piece of mucus, which was later confirmed to be saliva, floating inside it,” Illinois State Police said in a press release.

Vincent J. Sessler, 25, was the suspect working as an employee at Dunkin’ at the time of the crime. As a result, he was arrested Friday and charged with disorderly conduct, reckless conduct, and battery to a peace officer. He remained in custody at the Chicago Police Department as of Saturday.

“This is outrageous and disgusting. The men and women of the Illinois State Police put their heart and soul into protecting the lives and rights of all people in this state every day,” ISP Director Brendan F. Kelly said in a statement. “They deserve better than this insulting and dangerous treatment. For their safety, ISP officers and employees will be prohibited from patronizing this location.”

Sessler has since been fired from the coffee and donut shop, according to reports.

“The type of behavior reported to us is inconsistent with the brand’s values. The franchise owner who independently owns and operates this restaurant informs us that he took immediate action to investigate the matter and terminated the individual responsible for this reprehensible behavior,” Dunkin’ said in a statement to WMAQ-TV. “Dunkin’ has a deep appreciation for police officers who work tirelessly to keep our communities safe, and the franchise owner has reached out directly to the officer to apologize for the experience.”

As the coronavirus pandemic continues, Dunkin’ Brands Inc. said Thursday it expects to close up to 800 underperforming U.S. stores this year. The Canton, Mass.-based company had previously announced the closure of 450 stores within Speedway gas stations, Fox News reported.

But the company said Thursday it’s targeting an additional 350 stores, most of which are unprofitable. Closing the restaurants would allow their franchisees to reinvest in newer stores in higher-traffic areas, Dunkin’ Chief Financial Officer Katherine Jaspon said during a conference call with investors. The company said its sales dropped 20 percent in the second quarter to $287 million. Sales at U.S. stores open at least a year dropped 19 percent from the April-June period a year ago.

Illinois deputy dies after being struck by suspect vehicle during chase