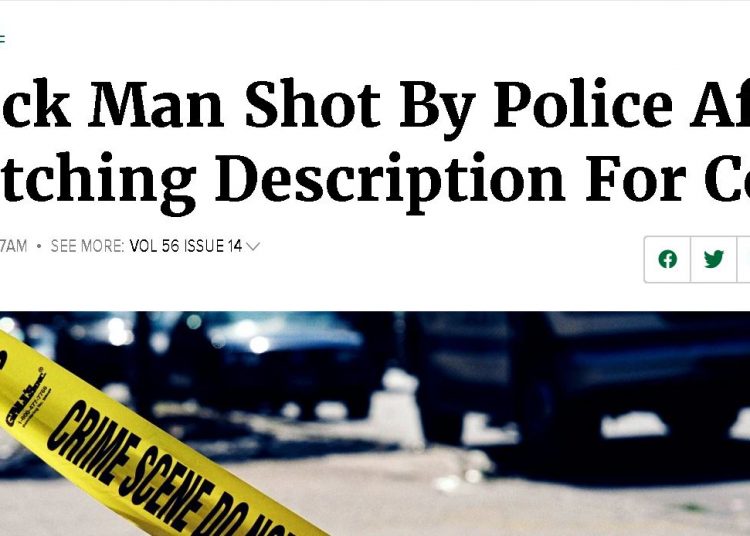 The Onion, a Satire website, found out how to game the elusive search engine algorithm.

While the headline is ridiculous and it is supposed to be, it’s satire. It is also disgusting, especially during a time that law enforcement is facing down COVID-19 on a daily basis. But oddly, Google picked the story up #2 on their search engine and that is out of over 1 billion news articles listed in the search engine under the key term “police.” 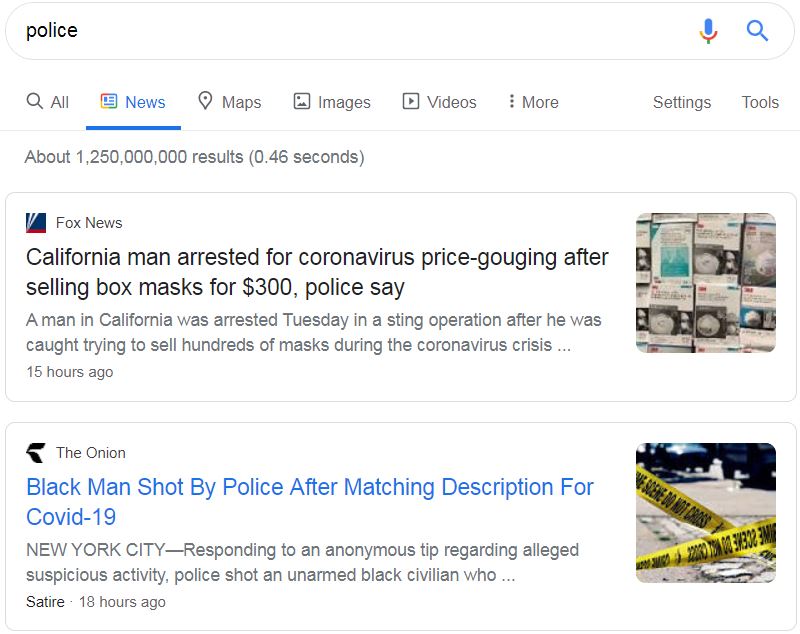 We are willing to give some grace to the same search engine that placed Fallen Indianapolis Officer Breann Leath on the third page less than a day after it happened but it’s difficult to look the other way when a sick and twisted piece of satire ranks in the coveted first page out over 1 billion news articles and it is almost 24 hours old.

Here is an excerpt from the article and it is equally repulsive:

“We’ve received numerous reports of the virus hanging out in the streets of nearby neighborhoods, and it is our responsibility to act. We put our lives on the line out here to serve and protect, and when the suspect put his arm up to cough into his elbow, we had no way of knowing whether he was a virus going for a gun.”

So there you have it.  Place “police” & “unarmed black man in the same sentence and you get magic, regardless if it’s true.

On a day we lost a 25 year old mother, daughter and veteran to a coward at a domestic violence call along with the news that 38 police officers have died from COVID-19, we are once again reminded what is important to some.

It’s not a surprise. Just know that…

Stay safe, take care of each other and stay away from google searching “police.”

Share and speak up for justice, law & order...
Tags: editorialheadlineonionunarmed