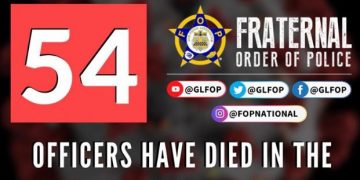 54 Police Officers Have Died From COVID-19

54 Police Officers Have Died From COVID-19 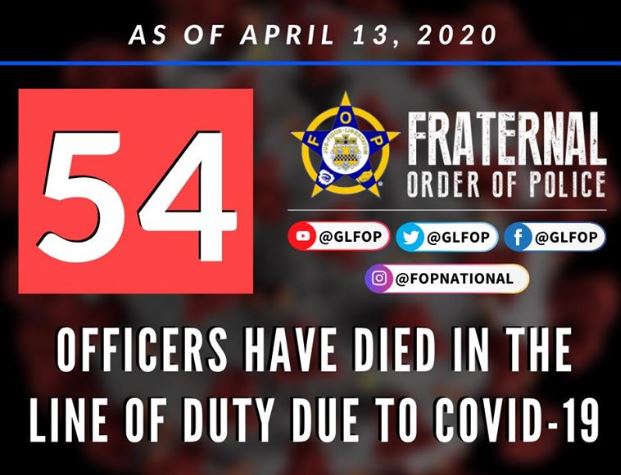 According to the National Fraternal Order of Police, COVID-19 has killed 54 police officers in the line of duty. 20 of those have occurred in New York.

With the peak of the deadly virus still pending in many cities, there is concern in the profession that the worst is yet to come.

National Trainer, Travis Yates, tells us that with the nature of law enforcement and the inability of those in the profession to do what many Americans are able to do in the middle of this crisis to prevent exposure, line of duty deaths due to COVID-19 will likely become the second largest killer of law enforcement by a single event.

58 police officers died on 9/11 with another 252 in the years that have followed due to exposure.

“It is a tragic situation where for the first time in our history, the enemy we face is invisible and it one that quite frankly many in law enforcement feel extremely vulnerable to,” Yates told us.

PRESIDENT TRUMP ENSURES COVID-19 DEATHS WILL BE COVERED AS LODD

The Officer Down Memorial Page has listed four officers to date that they have confirmed have been line of duty deaths but according to Yates many more are likely to be listed in the coming weeks.

“I implore every agency and every officer to document every action they take on duty. I cannot fathom anyone attempting to argue whether these tragedies occurred in the line of duty but similar to the aftermath of 9/11, we have to expect that in some locations, there will be a debate and that would be the ultimate travesty,” according to Yates. 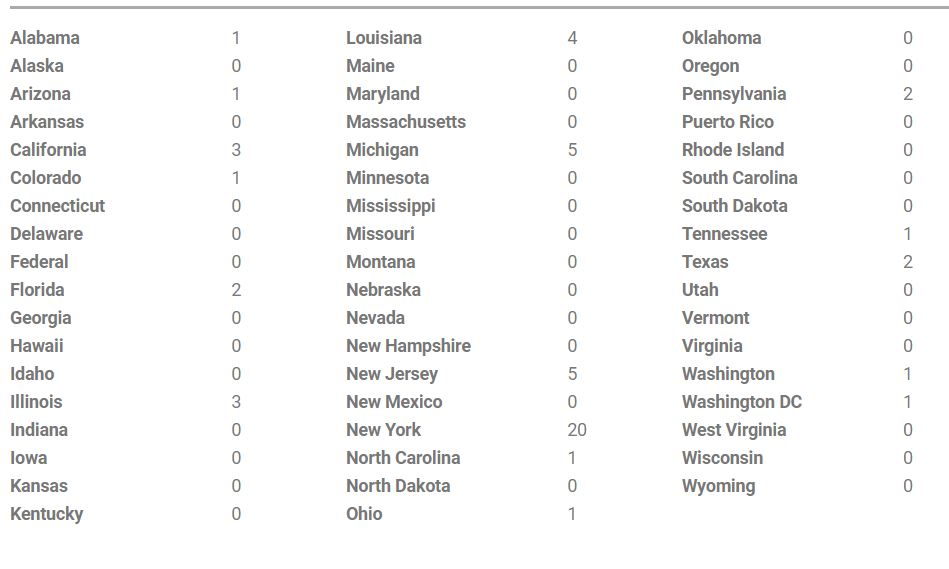 In the coming days, we will be working on an exhaustive list of officers killed by COVID-19. The Fraternal Order of Police has set up a website with detailed information regarding COVID-19. We highly recommend this resource.

On April 9, 2020, The Department of Justice announced that any law enforcement officer that dies from COVID-19 will be covered as the victim of a line of duty death. In a statement issued, “in the absence of evidence showing a different cause of death, BJA generally will find that the evidence shows a public safety officer who died while suffering from COVID-19 died as the direct and proximate result of COVID-19.”

The Fraternal Order of Police is the largest law enforcement labor organization in the United States, with
more than 350,000 members. With inconclusive guidance on this pressing matter, the FOP took the issue of COVID-19 and line of duty death benefits directly to the White House.

According to FOP President Patrick Yoes, “We are extremely grateful, as always, to President Trump for his
decisive leadership, especially in this time of crisis and for the exceptional team he has put together at the
Justice Department.”

Travis Yates calls today’s decision both a sigh of relief and a blessing that law enforcement did not have in the previous years.

“It was heartbreaking under the former administration when families, mourning from the loss of their family member, had to worry about the benefits that were either being delayed or denied. It was the hard work of the Fraternal Order of Police and the Concerns of Police Survivors that took that fight to Washington DC when it should not have happened and I am extremely grateful to President Trump to ensuring that these heroes will not only be remembered but that their families will receive the benefits that they rightly deserve,” Yates said.