Detective Marylou Armer 43 years old, served in the Santa Rosa Police Department for more than 20 years, Santa Rosa Police Chief Ray Navarro said in a statement. She was one of the first employees to test positive for COVID-19. 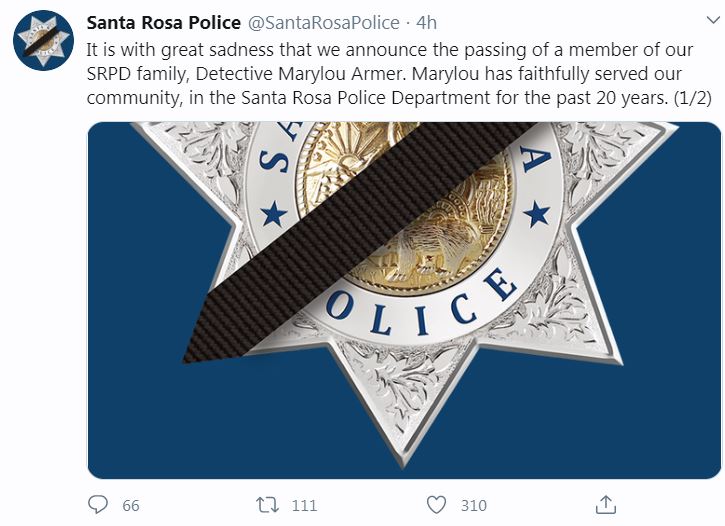 Armer is the first Napa County resident to die from COVID-19.

Detective Armer was assigned to the domestic violence sexual assault team. She began her career as a field evidence technician in 1999 and became a police officer in 2008.

According to the Press Democrat, The chief worked with her when she was a field evidence tech and supervised her on one of his early overnight shifts.

“She was always proactive and there with a smile,” he wrote in a department memo, “We are all going to miss her terribly.”

The agency has 170 officers and as of Monday, 8 have tested positive for COVID-19.

108 employees have been tested.

Detective Armer was the first California police officer to die from the disease.