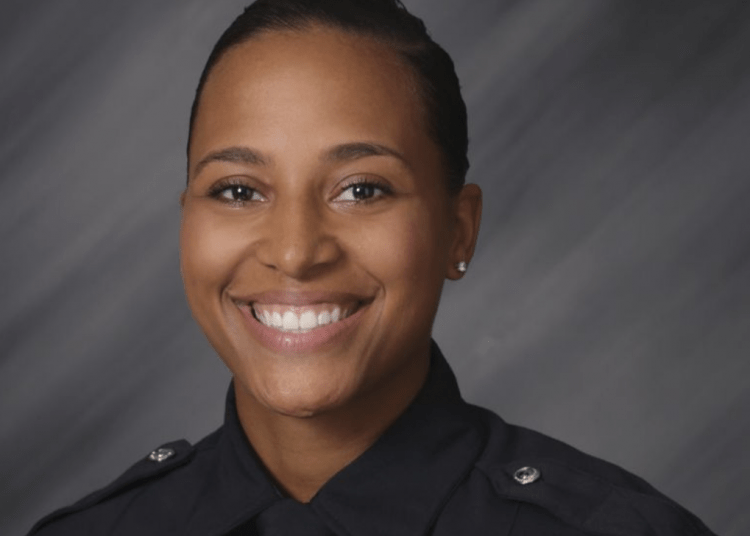 INDIANAPOLIS – An Indianapolis police officer was fatally shot Thursday afternoon at an apartment complex on the east side of the city.

Leath and a female shooting victim were hospitalized, police said during a news conference at Eskanazi Hospital. Sadley, authorities said Leath did not survive her injuries and passed away, IndyStar reported.

Police have a suspect in custody. The other shooting victim was hospitalized with “non-life-threatening” injuries, said Chris Bailey, assistant chief of IMPD.

At the scene of the shooting were at least 30 police units Thursday afternoon, according to IndyStar. They were stacked side by side to block travel into parts of the complex and atop grassy medians that ran perpendicular to the apartment buildings.

Bailey gave few details during an initial press briefing at the scene. He did not say whether officers had fired their weapons. The identity of the suspect remained undisclosed.

Moreover, the assistant chief did not take questions during the one-minute update, instead rushing back to the crime scene alongside a team of other IMPD officers.

It is with a heavy heart that @IMPD_Chief announces the untimely death of @IMPDEast Officer Breann Leath.

Officer Leath was a loving mother. A veteran. Daughter of a public servant family. And the example of what an @IMPDnews officer should be.

She will be sorely missed. pic.twitter.com/X6t3orHhji

Rick Snyder, president of the police officers union, urged residents to “step forward and reaffirm your support for our officers who continue to stand the line.”

Elsewhere, in light of the police shooting, IU Health canceled plans to present a public “thank you” to health care workers with lights and sirens this evening.

“Our thoughts and prayers are with those involved,” IU spokeswoman Beth Resner said.

We are asking for prayers right now. ?

“Officer Leath gave her life as she answered the call of duty. Janet and I are heartbroken for her family, friends and the Indianapolis Metropolitan Police Department. I ask every Hoosier to join me in honoring Officer Leath’s courageous service and dedication to her community. She will be forever remembered for being the finest among us.”

Leath is the first IMPD officer to be killed in the line of duty since July 2014, when Officer Perry Wayne Renn, a 22-year veteran, was shot and killed by 25-year-old Major Davis on the city’s east side.

Davis was sentenced to life in prison in 2017 without the possibility of parole.

Leath is the 11th police officer to die in the line of duty in Indiana in the past decade. Most recently, Terre Haute police Officer Robert Pitts died in May 2018, according to IndyStar.

Pitts was fatally shot as he and other officers approached a suspect who later died after barricading himself inside an apartment, Associated Press reported. In March 2018, Boone County Sheriff’s Deputy Jacob Pickett was shot and killed while pursuing Anthony Baumgardt, who later pleaded guilty to killing Pickett and is serving life in prison without the possibility of parole.