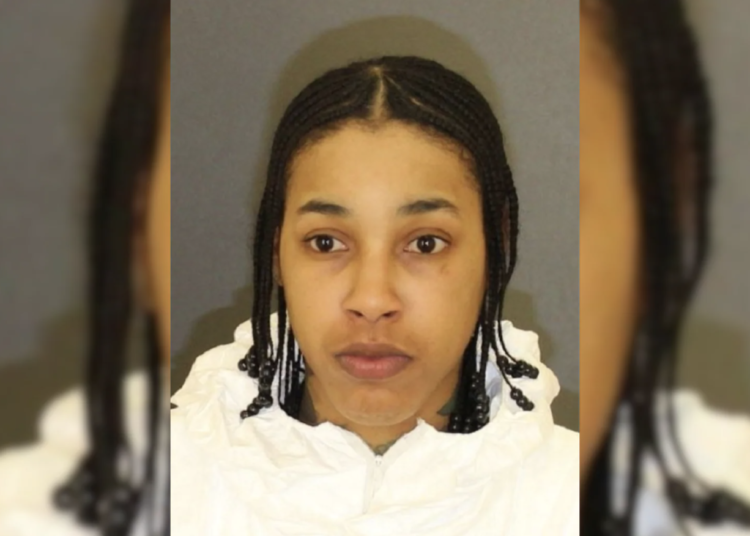 Lakeyria Doughty, 26, a pioneer in Baltimore’s dirt bike community, has been charged in the death of her partner, police said. (Baltimore Police Department)

BALTIMORE — A Baltimore dirt biker rider known as the “Wheelie Queen” who starred in an HBO film has been charged in the stabbing death of her partner in the city’s first homicide of the year.

Lakeyria Doughty faces first- and second-degree assault and assault with a deadly weapon in connection with the Jan.1 death of Tiffany Wilson, 33, according to the Baltimore Police Department.

Wilson tried breaking up with Doughty, 26, a well-known figure in dirt biking circles. According to Baltimore police, Doughty called 911 and claimed Wilson had stabbed herself.

Responding officers arrived at Wilson’s apartment just after 4 a.m. and found her in her kitchen and Doughty “covered in blood,” according to charging documents. Medical examiners determined Wilson’s stab wound near her left armpit was not self-inflicted, Baltimore Sun reported.

Investigators found text messages about the breakup in which Wilson asked Doughty for her keys to be returned.

Doughty starred in the HBO drama Charm City Kings, which premiered last year at the Sundance Film Festival and received critical acclaim. She is considered a pioneer in the dirt biking community for breaking into the male-dominated 12 O’Clock Boys dirt bike crew, according to the Baltimore Sun.

Since the fatal injury was not self-inflicted, according to investigators and the medical examiners office, Baltimore District Court Judge Mark Scurti ordered Doughty held without bail Monday.

Her defense attorney had urged the judge to release the actress, saying she didn’t kill Wilson but tried to save her life by performing CPR and calling for help. The judge didn’t buy it.

Information on her next court hearing was unavailable, Fox reported.

Law Officer is the only major law enforcement publication and website owned and operated by law enforcement. This unique facet makes Law Officer much more than just a publishing company but is a true advocate for the profession.
Share and speak up for justice, law & order...
Tags: Baltimore Police DepartmentCharm City KingsHBO filmJudge Mark ScurtiLakeyria DoughtyTiffany WilsonWheelie Queen

Arrests made in armed robbery of Baltimore deputy commissioner