Lloyd Muldrow is a hero who is getting targeted due to an 'outdated and possibly unconstitutional gun law,' attorney says 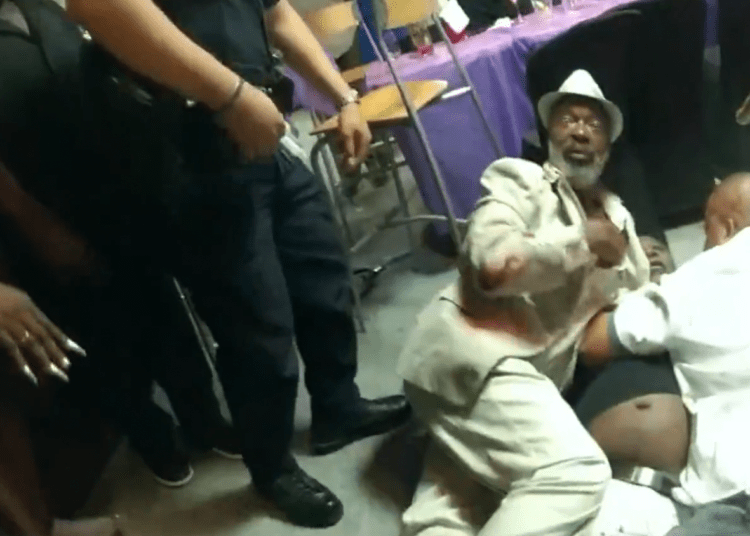 Lloyd Muldrow (pictured wearing hat) detained an armed assailant who pistol-whipped his friend but is now being prosecuted in Baltimore for carrying a concealed weapon, which is permitted in Virginia. (GiveSendGo - Vimeo)

BALTIMORE, Md. – A hero who is also a veteran of the U.S. Marine Corps is reportedly facing up to a year in jail after overcoming an armed attacker during an incident on July 4, in Baltimore.

A law that punishes “good guys with a gun” is taking aim a Lloyd Muldrow, 57, who came to the aid of a victim without even drawing his weapon. Nevertheless, he is being persecuted as a result of the ridiculous prosecution.

Wesley Henderson Jr., 65, was armed and struck another male in the head with a handgun during an attack that occurred July 4, according to a crime report from the Baltimore Police Department and obtained by The Daily Wire.

Henderson was arrested and charged with assault in the first degree. Mysteriously, his handgun was never recovered as it apparently vanished into the chaotic crowd prior to police arrival.

Meanwhile, Muldrow told responding officers that he had a holstered firearm beneath his coat as he was holding the suspect down on the ground. An officer then retrieved his weapon.

According to BPD’s report, Muldrow stepped in and “attempted to prevent Mr. Henderson from doing any more harm to the victim” after his friend, identified as Marshal Collins on a crowdfunding page, was essentially pistol-whipped.

“I have taught Marines hand-to-hand combat for many years,” Muldrow said. “I have disarmed several enemies, as well as IEDs. My natural reaction was to do as I was trained for my country.” 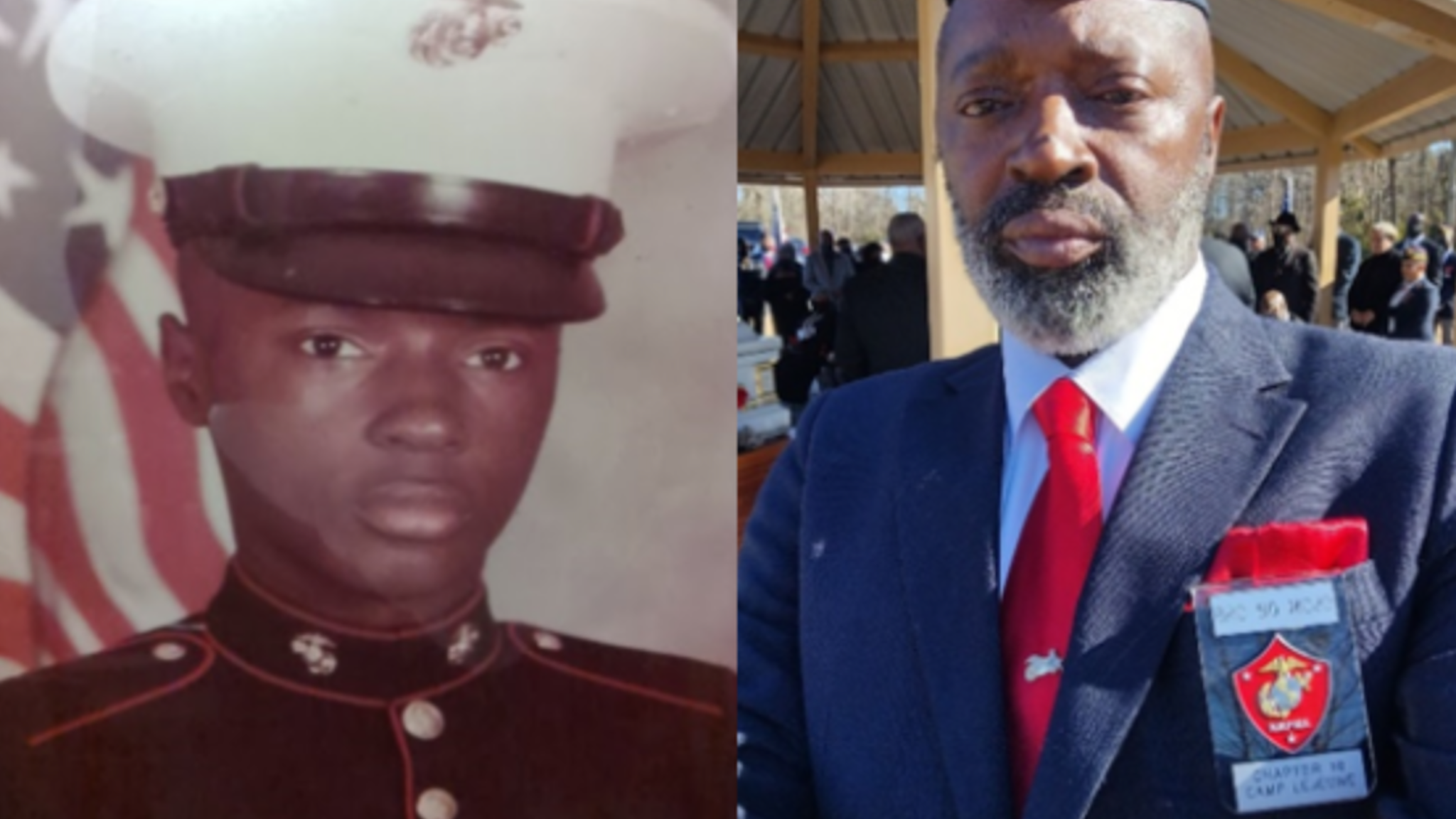 Muldrow along with the victim were able to detain Henderson until police arrived, preventing the attacker from “doing further harm with the firearm.”

However, the hero was turned into a villain due to geography.

Even though Muldrow was thanked by police for his efforts in stopping the attacker, and never even drew his weapon as a matter of self-defense, the Marine veteran is now a criminal defendant. He has been charged with violating a city ordinance, which prohibits firearms within 100 feet of a public building as well as with carrying and transporting a concealed weapon, reported The Washington Times.

Muldrow has a concealed weapons permit issued in Virginia, but obviously it is not reciprocated in Baltimore, Maryland.

“I’m not going to settle with probation or anything like that,” the USMC veteran told The Washington Times. “I don’t think it’s fair.”

“I’ve carried overseas in different countries, and you’re telling me I can’t carry my weapon from one state to another?” Muldrow questioned. “I’ve trained more than the average police officer, and I can’t carry from Virginia to Maryland? I have a real big problem with that.”

Michael Stark is the lawyer representing Muldrow. He expressed outrage over the treatment of his client in a statement submitted to The Daily Wire.

“Lloyd Muldrow is an accomplished Marine, a self-defense instructor and a church-going mentor to young people,” Stark declared. “Now, because of Maryland’s outdated and possibly unconstitutional gun laws, he faces jail as if he were every bit as criminally-minded as Mr. Henderson, rather than the selfless hero for his country and his friends that he proved himself to be.”

A GiveSendGo crowdfunding page established by Stark for his client, “a good guy with a gun,” provides an overview of the encounter and notes that Collins credits Muldrow with saving his life.

“Lloyd Muldrow, former USMC drill instructor and member of the presidential security detail, traveled to Baltimore to visit with his friend, Marshal Collins. When he arrived, he saw Mr. Collins in a struggle with another man, later identified as Wesley Henderson, who was holding a gun. Mr. Collins was bleeding profusely from his forehead; Mr. Muldrow thought he had been shot (In fact, he had been pistol-whipped by Mr. Henderson). He immediately took action by disarming the Mr. Henderson, and then helped Mr. Collins hold Henderson on the ground.

“Police arrived moments later to investigate the altercation and the reports of a gun. They encountered Mr. Collins and Mr. Muldrow restraining Wesley Henderson on the ground. Police, of course, immediately asked where the gun was. By then Mr. Henderson’s gun had been retrieved by someone else (a not uncommon occurrence in Baltimore; police said as much on the scene). Mr. Muldrow volunteered to the police that his sidearm was on his hip, and police immediately took possession of it. More police arrived and took control of Henderson, and ultimately arrested him. Police at first thanked Mr. Muldrow for his help, but when the officer in charge arrived and took control of the investigation, the subordinate police were commanded to investigate the lawfulness of Mr. Muldrow’s sidearm in Maryland. They learned he had a concealed carry permit in Virginia, and that he held a job providing security to federal facilities that required him to be armed, but they also learned that he was not specifically permitted to carry in Maryland.

“Muldrow was placed under arrest.

“Mr. Collins can be seen on police body worn cameras telling the police that Mr. Muldrow probably saved his life. Many other witnesses on the scene spoke up for Mr. Muldrow’s heroic actions. None of that mattered. The good guy with the gun was placed under arrest for having a gun.”

Muldrow has no plans to accept a plea deal. He is scheduled to appear for a hearing in Baltimore Circuit Court on October 31.

In June, the U.S. Supreme Court struck down New York’s century-old law restricting the carrying of concealed firearms, Law Officer reported at the time. The 6-3 decision was a major victory for Second Amendment advocates and the ruling would seem to have relevance in this case.