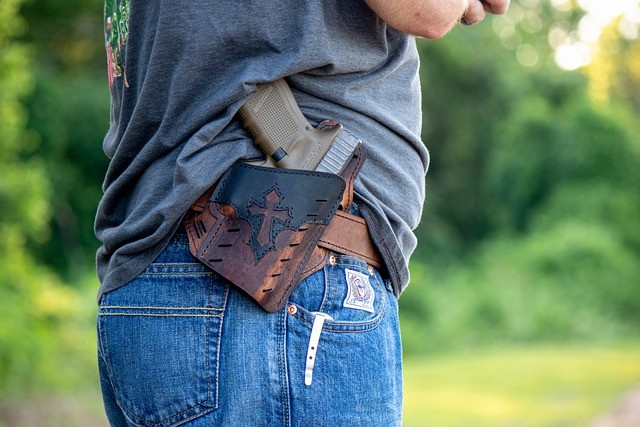 WASHINGTON – The U.S. Supreme Court struck down New York’s century-old law restricting the carrying of concealed firearms Thursday. The 6-3 decision is a major victory for Second Amendment advocates and the ruling will have a reverberating affect around the country.

Writing for the court majority, Justice Clarence Thomas noted the law’s requirement that New Yorkers who want a license to carry a handgun in public show “proper cause” that the weapon is ​specifically needed for self-defense “violates the Fourteenth Amendment by preventing law-abiding citizens with ordinary self-defense needs from exercising their right to keep and bear arms in public,” the New York Post reported.

Although the decision was related to New York law, it is likely to impact other states with overbearing restrictions, such as California, Hawaii, Maryland, Massachusetts, New Jersey and Rhode Island, the news outlet reported.

“When the Second Amendment’s plain text covers an individual’s conduct, the Constitution presumptively protects that conduct,” Thomas added. “The government must then justify its regulation by demonstrating that it is consistent with the Nation’s historical tradition of firearm regulation.”

Chief Justice John Roberts and Justice Brett Kavanaugh concurred with Thomas in writing a separate opinion that Thursday’s ruling does not preclude state and local restrictions on gun ownership by felons or the mentally ill. Moreover, the ruling does not ban laws that prohibit the carrying of firearms in “sensitive locations.”

Furthermore, the SCOTUS decision does not restrict states from requiring applicants for a firearm license to “undergo fingerprinting, a background check, a mental health records check, and training in firearms handling and in laws regarding the use of force, among other possible requirements.”

The New York law has been on the books since 1913. It was challenged by the New York State Rifle and Pistol Association along with two upstate men. They claimed it violated their Second Amendment rights.

The lawyer representing the association, Paul Clement, argued before the justices last November that his clients were seeking “nothing more than (rights) their fellow citizens in 43 other states already enjoy.”

“Carrying a firearm outside the home is a fundamental constitutional right. It is not some extraordinary action that requires an extraordinary demonstration of need,” he said while presenting the case to the court, the Post reported.

Thomas agreed, writing: “Nothing in the Second Amendment’s text draws a home/public distinction with respect to the right to keep and bear arms.”

Furthermore, Thomas noted, “The Second Amendment guarantees an ‘individual right to possess and carry weapons in case of confrontation,’ and confrontation can surely take place outside the home.”

In his dissent, retiring Justice Stephen Breyer cited the toll taken by gun violence without mentioning the volume of crime that is stopped by the presence of a firearm.