'In her mind, death was imminent' 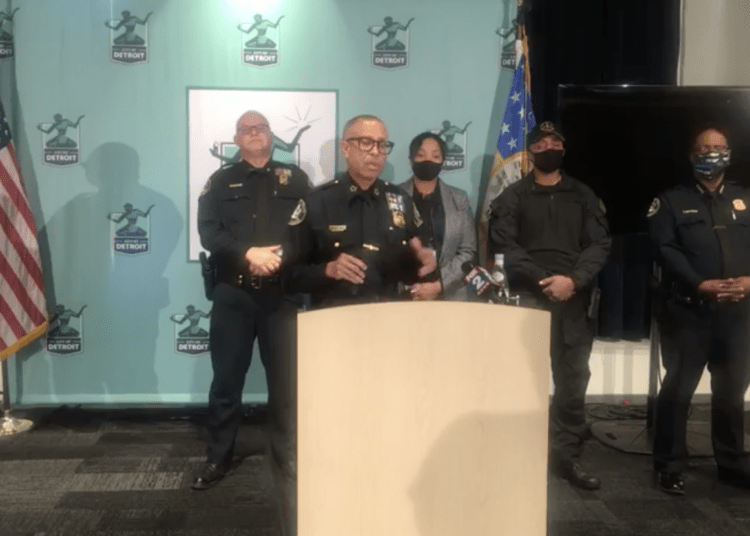 A sniper on the Detroit Police Department Special Response Team fired a single shot as the gunman became increasingly violent and posed a serious threat to the hostage’s life, Craig said.

The gunman died at the hospital an hour later, according to police. The hostage survived with no serious injuries, Detroit Free Press reported.

The incident stemmed from a mental health crisis the gunman suffered after not taking his medication for 48 hours, police said. He suffered from bipolar disorder and has a violent history.

Friday’s barricaded gunman situation is the 28th this year, Craig said Saturday. Half of those gunmen suffered from mental illness, he said.

“This system is broken and it needs to be fixed. This needs to be a priority, this is a public safety concern,” Craig said.

Craig said he believes in increasing funding to mental health services but that funding to police should not be cut. He said he also believes social workers should work in conjunction with police in dealing with mentally ill subjects.

Currently, Craig said, “people call the police because there’s nowhere else to turn.”

Friday’s standoff lasted about nine hours. A number of negotiators worked to try to get the gunman to surrender, and the gunman’s mother pleaded with him on local television news to exit the home on the 18600 block of Concord Street.

Police officials said the gunman repeatedly pulled the hostage and pointed a gun at her back, Detroit Free Press reported.

“This situation was becoming increasingly grave. He was exhibiting erratic behavior and showing signs of increased aggression,” Craig said of the gunman.

The hostage repeatedly said she believed she was going to die and gave multiple cries for help, Craig said.

“In her mind, death was imminent,” DPD Commander Darin Szilagy said Saturday. “She was tortured throughout the evening by this man.”