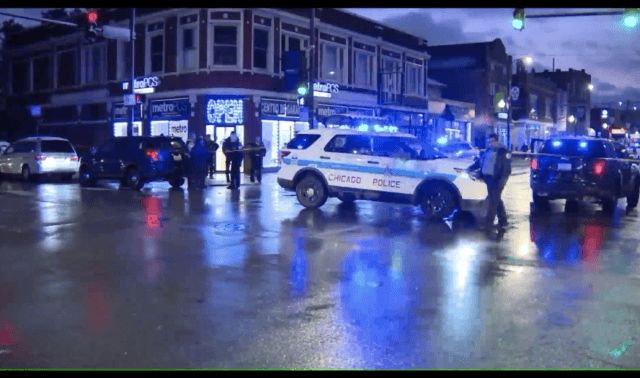 Chicago crime scene after 7-year-old girl dressed as a bumblebee was shot while trick-or-treating, 2019. (Screenshot Fox 8)

Just to put all of this rioting, looting, assaults and worse upon cities and our officers in perspective, as a forensic criminologist who deals with officer-involved and civilian shooting stats nationwide, allow me to give you a few FACTS on shooting stats as of Wednesday, Oct. 28.

As of Wednesday, 99.6% of all shootings have been CIVILIANS shooting/killing other CIVILIANS. Police OIS’s account for only 0.4% of shootings in that city.

Contrast that with the following INCREASES in civilian-on-civilian shootings for those 6 cities mentioned: Chicago – 35%; Philly – 33%; St. Louis (25 year high); Wash. DC – 18%; Baltimore (no% given) and NYC – 166%. And they are rioting because police are so “violent?” Who is kidding WHO here?! Please pass this information on to everyone you know.