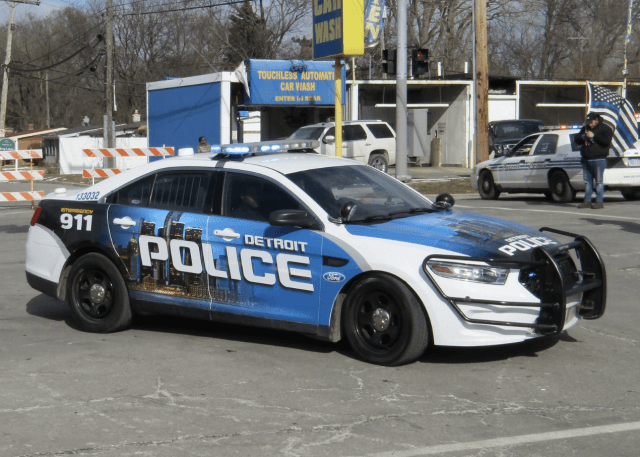 Since the Aug. 22 raid, in which dozens of files and 50 computers were seized and analyzed, Chief James Craig has reassigned everyone in the unit with five or more years’ experience, reported The Detroit News.

“I’m extremely concerned there may be a pattern and practice of criminal misconduct in the narcotics unit,” Craig said. “Sadly, as we continue our probe, we think it’s going to grow in terms of magnitude.”

The corruption is possibly so extensive that Chris Graveline, director of the department’s Professional Standards Section and head of the ongoing investigation, set up a hotline this week, urging anyone with knowledge of misconduct by narcotics investigators to call (313) 596-3190.

Craig said he enlisted help from the FBI, Michigan State Police and U.S. Attorney’s Office after the material seized in the raid revealed more problems than anticipated.

“This started with a small team of our own Professional Standards investigators, but as they starting seeing the scope of the issues we were dealing with, the team has since grown to 17, and we may ask for even more help,” Craig said. “This is a major corruption investigation, but I want to caution that these are just allegations at this point, according to The Detroit News.

“The files we seized in the raid go back as far as 10 years, so the focus of our probe is roughly 10 years,” Craig said. “However, since the raid, we’ve only looked at the past year and a half. So there’s a lot more material to go through.

“We’re not just looking at documents and case files; so far, we’ve also interviewed more than 20 complainants who were involved in narcotics trafficking, who had search warrants executed on them but were never arrested,” Craig said.

Among the investigation’s findings:

The first leg of the investigation — the latest in a series of probes into the former Narcotics Section, which was closed in 2014 and reformed as the Major Violators Section because of rampant corruption — kicked off in April, after a large shipment of drugs that had been seized in Detroit was switched for another substance by the time it got to Chicago for a court hearing, Craig said.

Moreover, former Detroit narcotics officer Michael Mosley, who was indicted in federal court on charges related to allegations that he took a bribe from a drug dealer, is central to the investigation, Craig said.

Mosley, who was indicted the same day the drug unit was raided, is scheduled to stand trial March 3.

“I can tell you primarily we’re looking at the crew (Mosley) was assigned to, which includes a supervisor and five officers,” Craig said. All have been reassigned, the chief said.

“I strongly believe that Mosley’s criminal activity didn’t start with the one time he was caught by the FBI, which is one of the reasons I ordered this investigation,” he said.

Craig stressed that moving people with five years of experience doesn’t necessarily mean they are under suspicion.

According to The Detroit News, Mosley’s attorney declined comment.

Craig said the probe also is focusing on the activities of officers who worked with ex-Detroit narcotics cops David Hansberry, Bryan Watson and Arthur Leavells, who in 2017 were convicted in federal court of offenses that included ripping off drug dealers and stealing money and drugs that had been seized in raids.

That investigation, which started in 2010, was focused solely on “the criminality of those who were indicted,” Craig said. “(The current probe) is also taking a look at processes and other issues that could have contributed to the alleged problems we’re uncovering.”

Allegations of corruption in the Detroit police narcotics unit go back decades. In 1973, 22 Detroit cops from the 10th Precinct were indicted on charges of involvement in heroin trafficking; nine of the officers were convicted of various crimes.

In 1991, five current and former Detroit cops and a relative of then-Mayor Coleman Young were among a group that was charged with providing protection for FBI agents posing as drug traffickers. Five defendants pleaded guilty in federal court, while other officers were acquitted.

Charles Flanagan, a Detroit cop for 30 years before he retired in 2015, ran the former Narcotics Section from 2013-15. He said when he took over the unit; he found “problems that existed long before I got there.”

Flanagan reported to Craig that he’d uncovered numerous issues, including a sergeant who had failed to turn in 32 pieces of drug evidence confiscated from hospitalized suspects, and another sergeant who made up false evidence tags for items seized during drug raids, including three flat-screen TVs, a laptop computer and an Xbox 360 video game system.

“I tried to correct some of the obvious issues when I got there,” Flanagan said. “Most of the problems I encountered were things that were years old.

“One of the biggest problems in Narcotics historically has been that commanding officers were handcuffed because a lot of people would end up in those specialized units because of cronyism and nepotism,” Flanagan said. “They’d have so-called mentors at the higher ranks in the department, and no matter how bad they were, their bosses were afraid to get rid of them.”

Craig, who investigated corruption while he was a Los Angeles cop, blamed “basic greed” for many of the problems plaguing the drug unit.

“We thought that the indictment of the Hansberry team would have caused people to walk straight, but greed is the foundation for engaging in corruption,” Craig said. “It comes down to basic greed.

“I’m not happy about what we’ve found in this investigation, but I think it’s important to advise the public about what’s going on,” he said. “Some people might want to say this department is out of control, but I would remind them that this is a DPD-initiated investigation. We’re not hiding from this.”