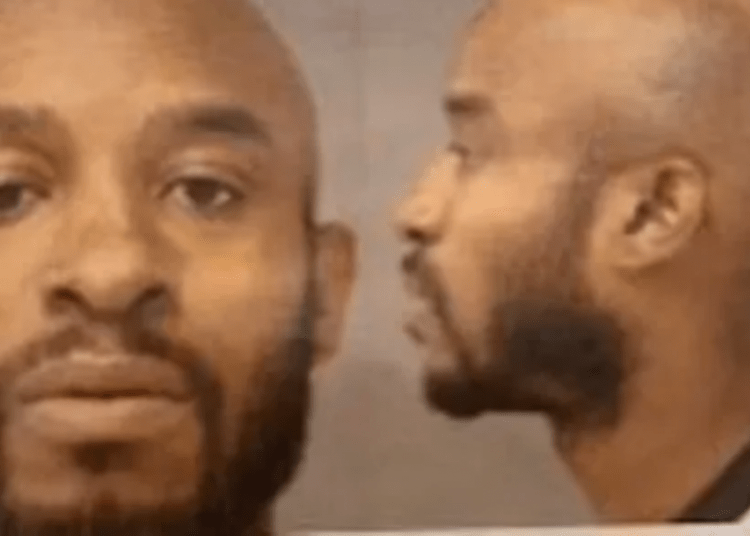 DETROIT – Detroit Police Chief James Craig has ended a 20-year relationship with the Drug Enforcement Administration, saying the federal agency has “continuously refused” to admit that the ex-con who is accused of killing six people after being released from custody was a DEA informant.

“Clearly, Kenyel Brown was a federal informant … a DEA informant,” Craig said of the suspect at a Tuesday news conference, telling the DEA: “Stand up. Own it. Initiate an investigation and hold people accountable.”

However, the DEA hasn’t done that, Craig said. As a result, Detroit’s top cop has decided to pull his officers from the DEA/Detroit police task force, which has investigated drug crimes in Detroit for more than two decades, Detroit Free Press reported.

From now on the Detroit Police and DEA  will work side by side — not together, the chief ordered.

“There’s been a breach of trust. And If I can’t trust you, we can’t work together,” Craig said.

Keith Martin, head of the DEA in Detroit was unavailable for comment Tuesday, though he has previously said: “We are committed to working with the Detroit Police Department,” according to Detroit Free Press.

Craig’s primary beef with DEA is how Brown wound up on the streets, considering his extensive criminal background and propensity to violate conditions of probation.

According to the report, Brown was released from custody on Oct. 29, despite at least eight probation violations for drug use, drunken driving, removing his tether and missing mandatory meetings.

On the same day that Brown was released from federal custody, he became an informant for the Detroit-DEA task force. Nine weeks later, police said, he went on a six-week killing spree that left six dead and ended with him shooting himself in the head on Feb. 24 while running from police. Brown died four days later.

According to Craig, ATF also had used Brown as an informant in the past, and assisted in handing him off to the task force.

The decision to release Brown was made by U.S. District Judge Bernard Friedman, who according to a court spokesperson, did so at the request of a federal law enforcement agency. Brown was supposed to be sentenced that day for probation violations stemming from his 2014 gun arrest when the judge told him he would let him go, rather than give him more time.

Craig called this “a bad decision.”

“The judge recognized he was a danger. Why was he removed from supervised release?” said Craig. “Ultimately, the decision rests with the judge. … (Brown) was becoming increasingly dangerous. This is not the person you would want to work as an informant.”

Craig said Brown should have been vetted more carefully, a job that he believes was the responsibility of the DEA. That was the agency that signed him up to be an informant, said Craig, although he also acknowledged it was the Detroit Police who paid Brown $150 for his assistance on a drug case.

“Had I known that Brown committed seven or eight violations, he would have not been considered,” Craig affirmed.

Craig said neither he nor the Detroit officer assigned to the DEA task force knew of Brown’s background, which is publicly available on the government’s so-called Pacer court system, reported DFP.

Craig said that before this case, he had not heard of Pacer, and acknowledged that Brown’s background should have been easy to spot. Going forward, he said: “I guarantee, we will have access to Pacer.”

Moreover, U.S. Attorney Matthew Schneider said he is looking into the matter as well.

“My office is actively conducting an investigation into federal law enforcement contacts and interactions with Kenyel Brown. A full and comprehensive investigation is essential to provide the public with an accurate accounting of what occurred. The relevant federal law enforcement agencies, including ATF and DEA, have been fully cooperative and transparent with my office during this inquiry. I have asked ATF and DEA to refrain from making public statements while the investigation is pending. My office is working very hard to complete this investigation promptly. I intend to inform the public of my findings in the near future. I appreciate the public’s patience while my office gets to the bottom of this matter.”

In the meantime, Craig said he still wants to know what federal agency requested that Brown be released, despite his criminal history and propensity for crime.

According to court records, on the day Brown was freed, Judge Friedman did not mention anything about him working as an informant, or any law enforcement request. (Although there should be no public comment about such an arrangement.) Rather, he told Brown that he was releasing him because he thought he was “doing some of the right things” and that he was “entitled to a break for that.”

A U.S. District Court spokesperson declined to offer specifics on Friedman’s decision, stating only that the judge had received a request from federal law enforcement to release Brown.

For Craig, that’s a tough pill to swallow.

“This suspect went on to take the lives of six people,” Craig said, adding: “We can never forget the families of the victims. Six lives were tragically lost.”