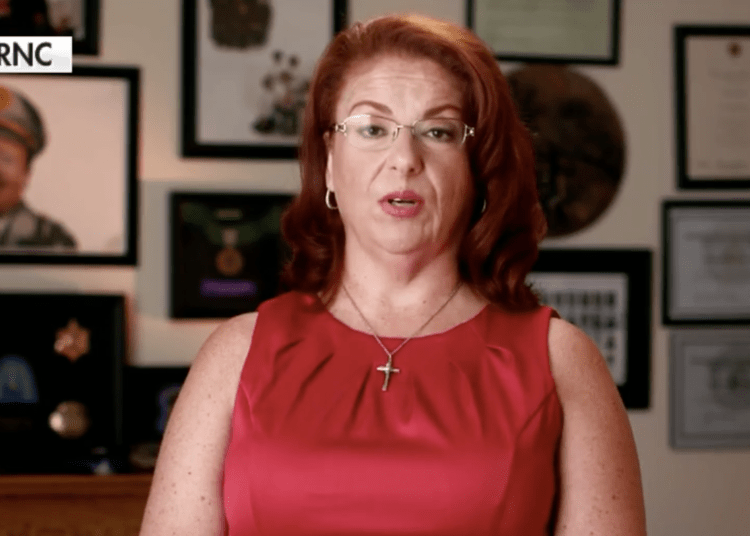 CNN was accused of “pitting different sides” of the late David Dorn’s family against each other after his widow, Sgt. Ann Marie Dorn, spoke Thursday at the Republican National Convention.

David Dorn, 77, was found on the sidewalk with a fatal gunshot wound outside Lee’s Pawn and Jewelry during riots and looting in St. Louis on June 2, Law Officer reported.

Stephan Cannon, 24, has been charged with first-degree murder, first-degree robbery, first-degree burglary and three counts of armed criminal action as well as being a felon in possession of a firearm.

Dorn, a retired St. Louis police captain has emerged as a hero to many and a symbol of the worst-case scenario of what can occur during violent riots.

CNN did not mention Dorn by name on air when news broke that he was tragically killed. The liberal network, however, covered Dorn’s story on Thursday following his widow’s emotional RNC speech, FOX reported.

CNN’s Chris Cuomo aired a clip of Ann Dorn’s speech and then immediately declared that “David’s daughters… they say their father would not have wanted this speech to happen” and they believe the former St. Louis police captain wouldn’t want his name used to help reelect President Trump.

Cuomo then welcomed two of Dorn’s daughters to join CNN and bash his widow’s RNC speech (Ann Dorn is not the mother of Dorn’s adult children who joined CNN).

.@ChrisCuomo is so despicable that he has no problem with pitting different sides of a grieving family against each other. This is another instance of @CNN attacking Ann Dorn, the widow of Capt. David Dorn who was murdered by a leftist mob. pic.twitter.com/Y6ayogbEL0

“@ChrisCuomo is so despicable that he has no problem with pitting different sides of a grieving family against each other. This is another instance of @CNN attacking Ann Dorn, the widow of Capt. David Dorn who was murdered by a leftist mob,” Fondacaro tweeted.

Despicable: In CNN's 2nd disruption of night four of the #RNC2020, Jake Tapper and Abby Phillip attack Capt. David Dorn's widow. Phillip says having the families of victims of violence is a problem because the deceased can't say how they feel about it. pic.twitter.com/DBAtpJzLfC

During CNN’s RNC coverage, Jake Tapper and Abby Phillip also criticized Dorn’s widow before she even spoke, claiming that the true victim is not around to decide if he should be mentioned during a political speech, FOX reported.

Despite CNN’s criticism, Ann Marie Dorn’s emotional speech was well received by many.

I’m crying in my chair watching Ann Dorn. May God Bless her.

I'm so glad she got the platform she deserves.

Ann Dorn- you have touched our lives. Your husband is a hero and will never be forgotten.

My heart breaks for Ann Dorn. This is a message that everyone needs to hear.

An incredibly moving testimonial from Ann Doran. Arguably, the most powerful talk of either of the conventions. Would that everyone would take her words to heart. God bless her and RIP David Dorn

This video of Ann Dorn speaking about the murder of her husband David Dorn is the most heartbreaking and gut wrenching of the entire convention…. Pray for the Dorn family and an end to the chaos in this country.

Ann Dorn told the story the media chose to ignore because it wasn't politically beneficial to them.

David Dorn was killed while trying to protect his friend’s pawnshop. A number of cities across the country experienced violence and looting during the widespread protests in the wake of the George Floyd’s custodial death in Minneapolis.

Video surveillance from the building where the shooting occurred and neighboring businesses shows David Dorn’s last moments. David Dorn was killed by looters who broke into the pawnshop and his body was found on the sidewalk around 2:30 a.m., according to investigators.

“Violence and destruction are not legitimate forms of protest,” the late police officer’s widow said Thursday. “They do not safeguard Black lives. They destroy them.”