'Addressing bad policing by ordering no policing at all is not a solution,' Ann Dorn says 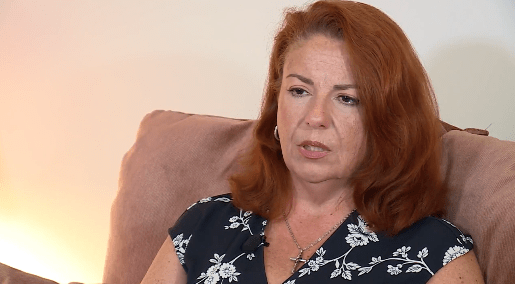 Ann Dorn is the widow of retired St. Louis police captain David Dorn who was murdered during riots in June 2020 following the death of George Floyd. She chastised leftist billionaire George Soros and Vice President Kamala Harris for their ongoing support of soft-on-crime policies and actions that make communities unsafe, according to the Daily Wire.

Ann is also retired from police work, leaving as a sergeant after serving for 20 years. She spoke of her husband David, who was murdered at the age of 77 when he responded to an alarm at a friend’s pawn shop in St. Louis, saying his death resulted as local police “were ordered not to do their jobs.”

“David became a cop because when he was a little boy he wanted to be a superhero,” Ann Dorn wrote in an op-ed for Fox News. “And he was a superhero. But if real life superheroes exist, so do supervillains.”

“Those supervillains are people like the man who killed my husband. They are people like, billionaire George Soros, who use their power and influence to promote extremist politics and fan the flames of division. They are people like Vice President Kamala Harris, who raised money for the rioters’ bail funds, and the CEOs of prominent companies who blindly gave their support and money to this,” she wrote.

“David was murdered because the people who are supposed to protect our streets — active-duty police officers — were ordered not to do their jobs.”

David had served for 38 years with the St. Louis Metropolitan Police Department before continuing his service as police chief in Moline Acres. On June 2, 2020, he approached Lee’s Pawn and Jewelry due to an alarm that was triggered. David was gunned down, shot 10 times. Stephan Cannon, 24, was recently convicted of first-degree murder, Law Officer reported. He faces life in prison and will be sentenced in September.

“David didn’t agree with or support Black Lives Matter,” Ann wrote. “He never understood Black Lives Matter, because it never actually did anything to help Black lives. The same year David was killed, over a dozen children were shot in St. Louis, and never once did Black Lives Matter show up. Their lives mattered. Fifty-five businesses were looted or destroyed the night David was murdered, many of them Black-owned. Their livelihoods mattered. My husband was a Black man who selflessly served his community for over 40 years. His life mattered.”

“Addressing bad policing by ordering no policing at all is not a solution.”

She concluded, “Ultimately, David was murdered because the people who are supposed to protect our streets — active-duty police officers — were ordered not to do their jobs. It is clear that the anti-law enforcement sentiment that has been fueled in this country by Democrat and left-wing activist rhetoric has gone too far. Yes, there are bad cops out there, but addressing bad policing by ordering no policing at all is not a solution. It is extremist, it is dangerous, and it cost my husband his life.”

According to The Daily Mail as well as Tucker Carlson, Soros spent $28 million to support leftist candidates for district attorney in cities across the nation, including Los Angeles, San Francisco, Chicago, Philadelphia and Austin, among approximately 45 others. As a result, criminals are running roughshod over their communities without fearing the consequences.

“The same year David was killed, over a dozen children were shot in St. Louis, and never once did Black Lives Matter show up. Their lives mattered. Fifty-five businesses were looted or destroyed the night David was murdered, many of them Black-owned. Their livelihoods mattered.”

In a move that facilitated chaos, Harris publicly supported the Minnesota Freedom Fund during the summer riots of 2020. She tweeted, “If you’re able to, chip in now to the @MNFreedomFund to help post bail for those protesting on the ground in Minnesota.”

In the summer 2021, the fund posted bail for a 48-year-old man named George Howard. He was being held on charges of domestic abuse. Weeks later, he was charged with the murder of a driver in a road-rage incident, the New York Post reported.

"You'd think a friend would call or offer condolences and they did not. They made it a very political issue." —#AnnDorn

“The Republican Party did reach out to me, several of them, just to offer their condolences,” Ann previously during an interview, according to the Daily Wire. “Donald Trump did call; Donald Trump has a history of calling law enforcement and first responders’ families when somebody is lost in the line of duty; to offer his condolences, offer his help; that was nothing new. Dave was actually known in the community and he worked with a lot of Democrats, and I didn’t get one phone call or any condolence from any of them.”