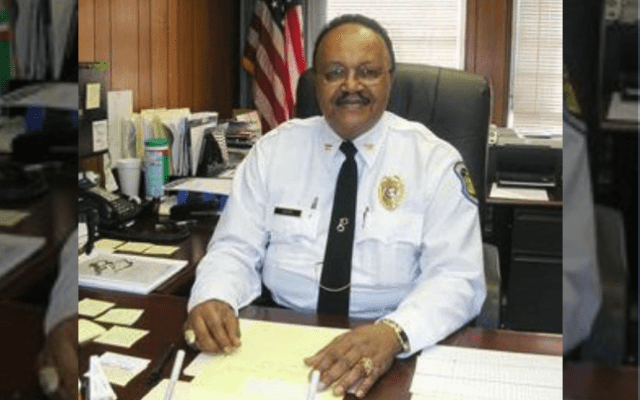 ST. LOUIS – A Missouri jury delivered its verdict and found Stephan Cannon, the 26-year-old accused of gunning down retired St. Louis Police Capt. David Dorn during a night of looting and rioting in June 2020, guilty on all counts Wednesday, the Daily Wire reported.

Dorn, 77, was a beloved figure who was shot and killed by the thug while trying to protect a friend’s business during riots. The aftermath of his murder was cold-heartedly streamed on Facebook Live, but later removed.

“Justice has been served,” Dorn’s family told reporters outside the courthouse in videos posted online.

Following three hours of deliberations, the jury came back with guilty verdicts against Cannon for first-degree murder, first-degree robbery, first-degree burglary, stealing $750 or more, unlawful possession of a firearm and three counts of armed criminal action.

“I’m very glad that justice was served for Capt. Dorn,” said Paul Mauro, an attorney and former NYPD inspector who has been closely following the case. “But make no mistake – the conditions that allowed his killing should never have occurred.”

On June 2, 2020 Dorn was responding to a burglar alarm at Lee’s Pawn and Jewelry, a store owned by his friend. Upon arrival he confronted a mob of looters. Cannon was among the pack of thieves. He shot and killed Dorn on the sidewalk outside the shop.

On the night of Dorn’s death, four St. Louis officers were shot and dozens of other businesses were damaged or burglarized during riots that rocked St. Louis as well as other major U.S. cities in 2020 following the death of George Floyd in Minneapolis.

The riots caused billions of dollars worth of damage to major U.S. cities, according to Axios.

Last year, Dorn received the Congressional Medal of Honor Society’s Citizen Honors Award, an accolade only given to a select few each year, for his extraordinary act of courage and sacrifice on the night he was murdered.

“To find out that Dave was awarded this great honor just floored me,” Ann Dorn, his widow said last year. “It’s a bittersweet moment.”

Ann Dorn previously recounted the night of her husband’s death during a speech at the 2020 Republican National Convention.

“As I slept, looters were ransacking the shop. They shot and killed David in cold blood, and then live-streamed his execution and his last moments on Earth,” Ann Dorn said in her speech. “David’s grandson was watching the video on Facebook in real time, not realizing he was watching his own grandfather dying on the sidewalk.”

Cannon faces life without the possibility of parole. He will be sentenced Sept. 13.