Chicago’s leaders unload complaints on Mayor Lightfoot due to riots

“My ward is a s**t show,” one alderman says. “They are shooting at the police.” 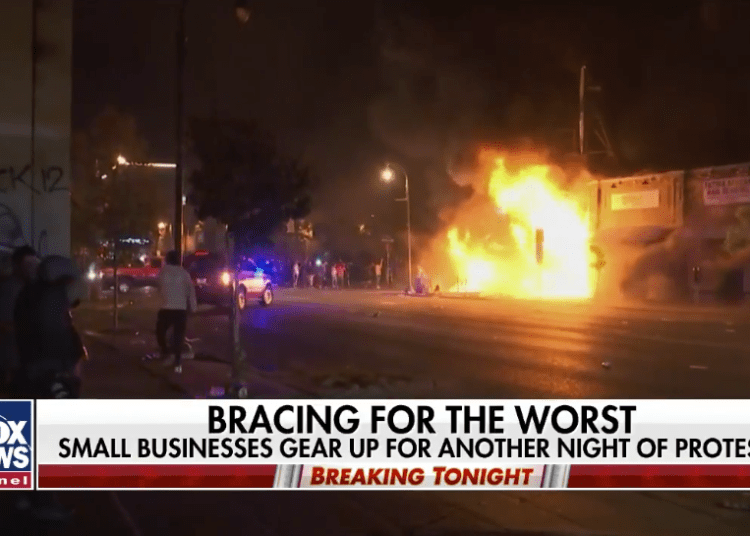 CHICAGO — Distraught Chicago officials unloaded complaints on Mayor Lori Lightfoot pleading for help and warning that the vulnerable had lost access to food and medicine due to looting and rioting.

According to a tape obtained by WTTW News of an online conference call among the city’s 50 aldermen and the mayor, one alderman could be heard weeping while others angrily decried what was going on in the city.

“My ward is a s**t show,” one alderman says. “They are shooting at the police.” 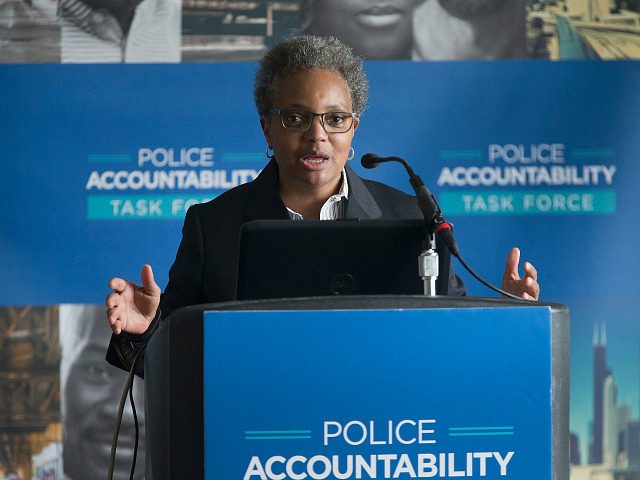 After the custodial death of George Floyd last month, riots and protests erupted in cities across the country, with many being overwhelmed by the scale of the looting and violence.

The call in Chicago was held Sunday, May 31. That day alone, there were 699 arrests — primarily looters —  132 officers injured, 48 shootings, according to CBS Chicago, as well as widespread damage to businesses and other property.

One alderman asked how seniors and vulnerable populations were supposed to get medicine and food if “every CVS, every Walgreens is shutting down.”

“How do businesses recover and why would they want to recover in our community?” another is heard asking.

Lightfoot herself recognized what she described as a “massive, massive problem.” Earlier she described rioters as just f*****g lawless right now.”

“I don’t know about you, but I haven’t seen s**t like this before, not in Chicago,” Lightfoot said.

It’s a sign of just how shocked and overwhelmed city officials across the country were by the rioting. Many cities imposed curfews in response, which eventually helped reduce the outbreaks of crime. Illinois Gov. J.B. Pritzker, on Lightfoot’s request, called in the National Guard to help deal with the crisis, Fox News reported.

On the call, others took aim at Lightfoot herself for her response to the crisis. One man, identified by WTTW News as Ald. Raymond Lopez, demanded that Lightfoot develop a plan to stabilize Chicago’s neighborhoods for five days, calling his Southwest Side ward “a virtual war zone” where armed gang members were threatening to shoot black people.

When he demanded she respond to the remarks, Lightfoot told him he was “100 percent full of s**t.”

A recent poll had Lightfoot at a 75 percent approval rating. We don’t know how much the numbers have held during the riots.

At about the time the call was made between Lightfoot and the aldermen, there was indeed chaos occurring in the Windy City.

There was a 48-hour window between May 29 – May 31, which saw 25 people shot and killed and another 85 wounded by gunfire in Chicago.

The day the call was held between Lightfoot and the aldermen, Sunday, May 31, there were 18 people murdered in the city, according to Larry Casey, retired CPD sergeant and Law Officer contributor. This was the most violent day in the city in the past six decades.

Murder wasn’t the only form of violence going on. Arson was also out of control.

During the same weekend Chicago firefighters battled more fires in a single night than they did during the 1968 riots, according to a report.

For a 24-hour period, there were more than 80 fires throughout Chicago, CBS 2 reported. The flames began Saturday, May 30, in Chicago’s downtown central district before propping up in other parts of the city.